If you’re an automotive enthusiast, and even if you aren’t, you’ve undoubtedly heard about car-customizing legend George Barris who recently died at age 89.

I had been enamored with his cars, read about him for years and had the good fortune of meeting him at the Specialty Equipment Market Association (SEMA) automotive show in Las Vegas, Nev., in 2004. SEMA is all about customizing vehicles and George was right at home there.  Over the years, we became close friends. Knowing him was an honor, a whole lot of fun, and I am among the multitude of fans and friends who miss him very much.

George and I officially got aquatinted when I was asked to roast him at the Fryers Club in Los Angeles, Calif., in 2006. My publicist called with the invitation, I obliged, and as the memo stated to “roast”, I hired comedian Ben Gleib to help me write a hilarious speech. It included many automotive puns and one liners, such as my intro joke, “They say men drive killer cars to make up for what they lack in other areas. If that’s true George Barris must have the smallest stick shift in the industry.”

While the speech was welcomed with a roomful of laughs, especially from George, who sat at the front table, I was perplexed as to why the nine celebrities who followed only said sweet things and didn’t tell jokes. At the end of the night George and his right-hand man Tony Wood walked up to me and said, “Courtney, you realize this was supposed to be a night of toasting, not roasting?” Oops. Well thankfully George has a sense of humor. And I actually think he appreciated it, and it made us closer going forward.

Later that year we had a release party for my book “The Garage Girl’s Guide”. I invited George, hoping he would attend the party at a Hollywood club, but not counting on it. Not only did he show up, he came with some of his iconic cars including the Munsters Mobile, the Flinstones Car as well as a few more of his world famous customs.

What a treat that was for all of us, and it touched my heart to have his support.

Every year over the past 10 I looked forward to seeing George at the SEMA show and at January’s Barrett-Jackson car auction in Scottsdale, Ariz. One year, George invited me to ride up onto the auction block with him in the Monkeys Mobile, yet another of his famous customs. A year later I was hosting the post-action show for Barrett-Jackson. George loved to recount the memory of me asking him to climb a tiny, steep ladder so I could interview him on top of an unstable production van. That moment definitely got a lot of attention from fans and it made for a fun interview, which George fondly recounted.

One of my favorite memories was the chance to be on stage with George at Barrett-Jackson as they auctioned off his Batmobile, arguably the most iconic of the TV and film cars and the most famous of his customs. In an insanely exciting and dramatic moment, the Batmobile garnered a whopping $4.2 million on the auction block. George was in tears, we were all screaming at the top of our lungs and it made for an unforgettable moment.

But what was George like? Well, he was humble and kind. I saw it firsthand, and at the time of his death, I read about it from hundreds of his fans. He took time to talk with every person and give them his attention, eye contact and time. He loved to talk about his cars and would gladly give tours of his collection to any who wanted to see his famous rides.

He had amazing wit and always made his friends laugh. While at a dinner during an appearance we did together in London, Canada a couple years ago, he instigated a food fight and rolled paper menus into balls which he sent sailing across the table, all before getting up to give an impromptu speech. To retaliate, we told the server it was his birthday so they would embarrass him with a piece of cake and the birthday song. In one of my favorite photos of us together George is cracking up while holding a sign he grabbed from a hotel lobby counter that read “No Pets Please” in front of my chest.

George Barris may have been small in stature, but his heart and his talent were massive. He was a true pioneer in the car-customizing world. Most importantly he was a good man and a wonderful father and friend who cared about people and loved life. He is the definition of a legend, and one who will forever be remembered for his gorgeous creations and the positive impact he had on all who knew him. Heaven is looking all the more colorful now. Rest in peace, Georgie. I love you.

Among her numerous accomplishments as a TV personality, Courtney Hansen is the author of her own book and a writer with Wheelbase Media. 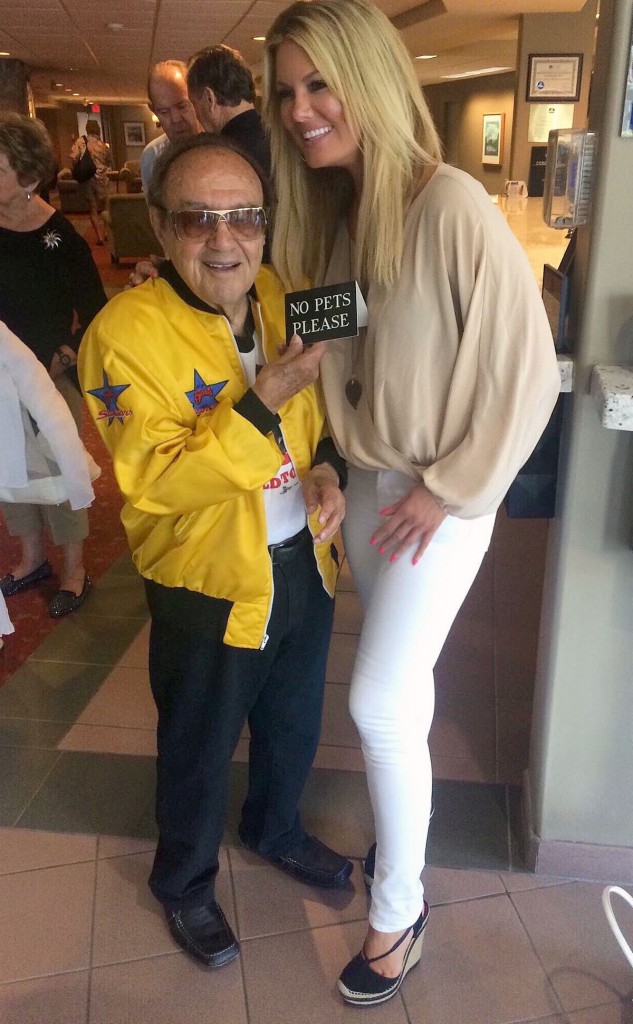 George Barris was known for his creations, of course, but I knew him as a big-hearted, fun-loving prankster. Heaven is a little more colorful now. 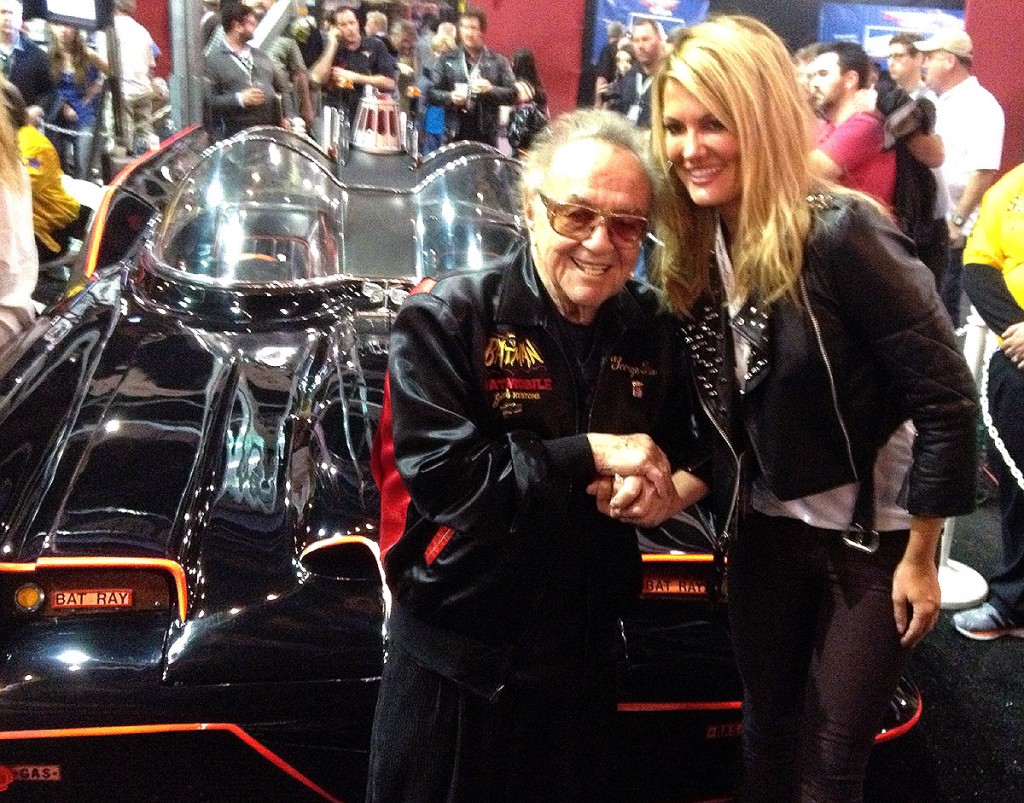 Certainly one of the most memorable occasions was the day George Barris’s Batmobile sold at auction for more than $4 million. George actually owned the car and not the studio.

Turning a cluttered garage into usable space, on the cheap