The current-generation Genesis luxury sedan has been on the road for barely a year and Hyundai is well into developing a major refresh for release in 2017 for the 2018 model year. Along with the usual revised nose and trim bits for this most exceptional sedan, The Sleuth is led to believe that a twin-turbocharged 3.3-liter V6 producing something on the order of 390 horsepower will either be added to the powertrain roster, or might even replace the existing 420-horsepower 5.0-liter V8 option. Apparently the twin-turbo is also being considered for duty in the even more luxurious Equus sedan as well as the next-generation Genesis coupe. 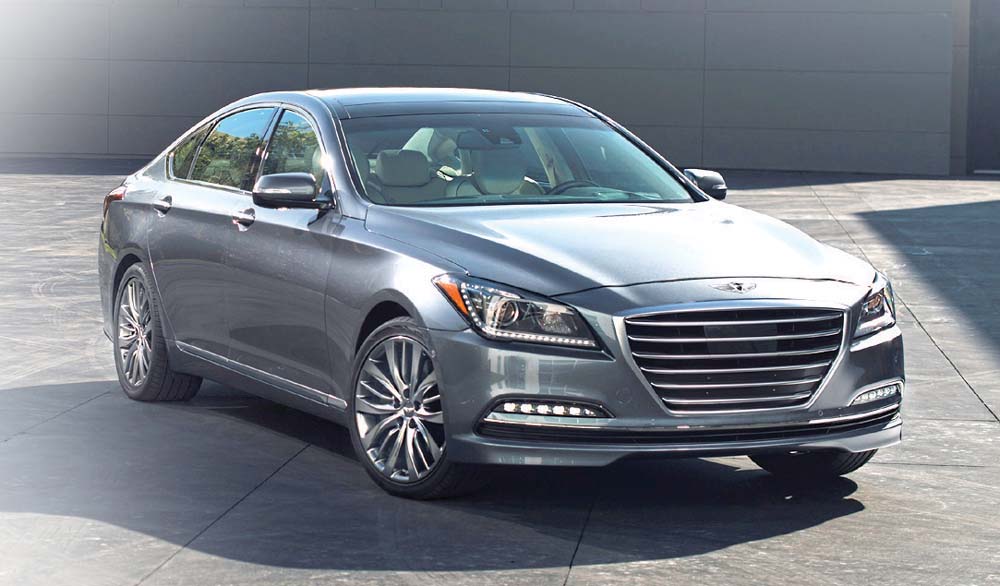 In a fast-paced world, an automaker can’t let its brands just sit around. The Genesis will soon get a mild freshening and a turbocharged six-cylinder that might replace the V8.