There are horsepower wars between the North America-based automakers in the pony car segment (Ford Mustang, Chevrolet Camaro and Dodge Challenger). However The Sleuth finds the torque wars in the heavy hauling pickup class equally competitive. In the latest gauntlet throw-down, Ford’s 2017 F-Series Super Duty truck series with an available 6.7-liter V-8 turbo-diesel makes 440 horsepower and an astonishing 925 pound-feet of torque. That, claims Ford, allows the SDs to tow up to 32,500 pounds of gooseneck (fifth-wheel) trailer weight, up to 7,630 pounds of payload. In contrast, the diesel V-8s in General Motors’ Chevrolet Silverado and GMC Sierra HD models top out at 397 horsepower and 765 pound-feet of torque, while the Cummins turbo-diesel in the Dodge Ram heavy duty comes closest to the Ford with 385 horsepower and 900 pound-feet. The Spy Guy predicts that the 1,000 pound-feet torque plateau will soon be breached. 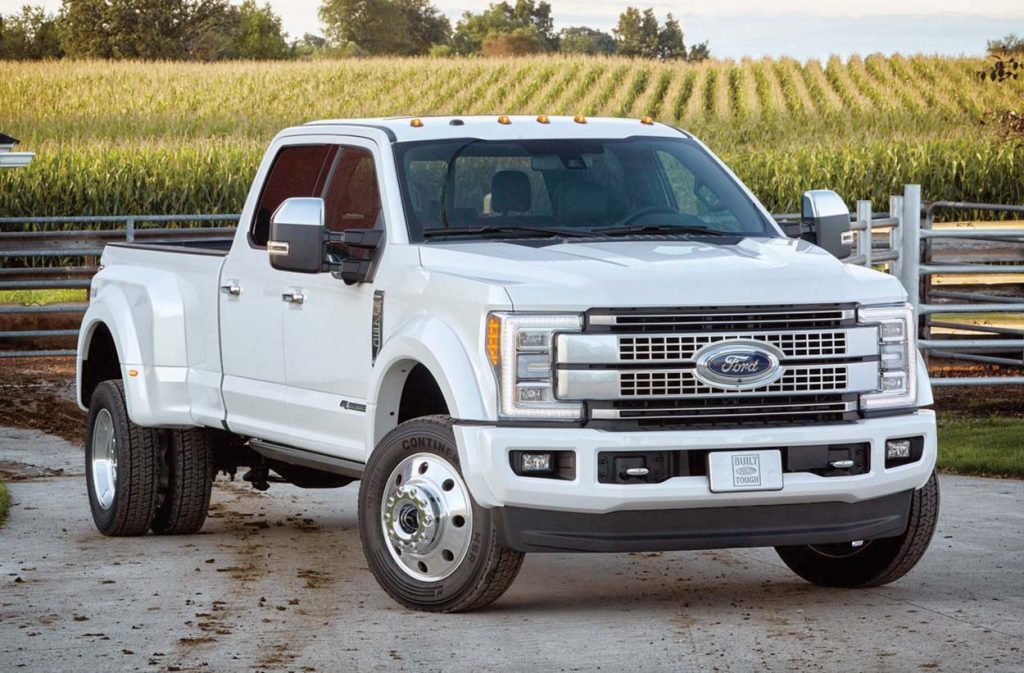 Although it’s more power than just about any buyer would ever need, part of saying the F-Series Super Duty has 925 pound-feet of torque is to hold bragging rights over GM and Dodge. (PHOTO: FORD)