With a reveal of the automaker’s upcoming two- and four-door off-roaders, there’s now a complete outline of each model’s features. The Sleuth is aware, however, that there is one more piece of news that hasn’t been mentioned much, which is that a hybrid version is in the works. Although there’s no word as to which of the Bronco’s two internal-combustion engines will be used, a best guess would see front and rear electric motors paired with the optional turbocharged 2.7-liter V-6 and not the base turbocharged 2.3-liter four-cylinder. The Bronco hybrid will have more torque for rock crawling, and presumably there will be reduced fuel consumption. An arrival date remains a deep, dark secret, but The Sleuth predicts it for the 2022 model year. 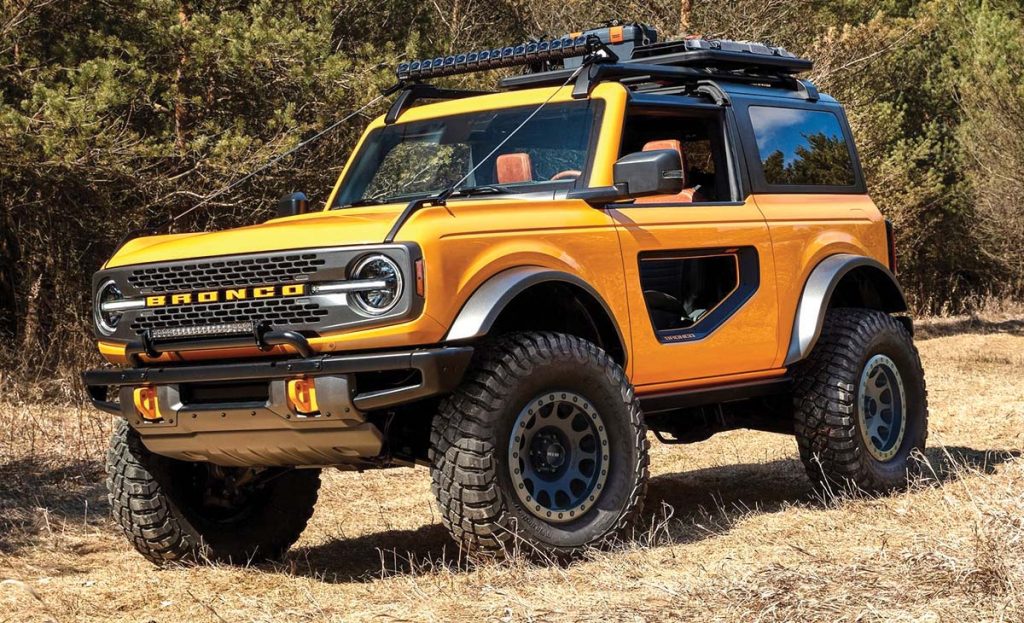 A hybrid version of the new Bronco would give the off-roader more torque to go boulder-hopping.
PHOTO: FORD