There hasn’t been a good drag-racing movie since “Heart Like a Wheel,” which was about the life of driver Shirley Muldowney. “Snake & Mongoose” tells the story of two equally famous drivers from the late 1950s-’70s, Don (the Snake) Prudhomme and Tom (Mongoose) McEwen. The real-life plotline sees both drivers hook up with toy maker Mattel in the early 1970s as the duo’s major sponsor. Mattel used both the drivers and their cars to promote its Hot Wheels car collection. Rather than recreate the drag races that McEwen and Prudhomme competed in, director Wayne Holloway used actual archival footage combined with recreations of racecars for close-up shots. The Snake & Mongoose DVD sells for $10 at www.amazon.com. 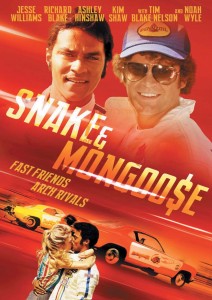 Power to your garage