The Sleuth’s operatives are whispering news of three upcoming tall wagons from Volkswagen’s up-level subsidiary, arriving over the next couple of years. The largest of the trio, the Q8, is expected sometime in 2018. It will use the same platform as the current Q7, but apparently will be slightly wider and will sacrifice some interior space for a lower roofline. The Q8 will be joined the following year by the smaller Q4. Its quasi-hatchback design resembles the Audi TT Offroad concept first shown at the 2014 Beijing (China) Auto Show. The Q4 will also form the basis for an all-new e-tron Quattro electrically powered model (also expected before the end of the decade) that will replace the current A3 e-tron. Clearly, Audi thinks that the tall-wagon/utility trend will continue for some time to come. 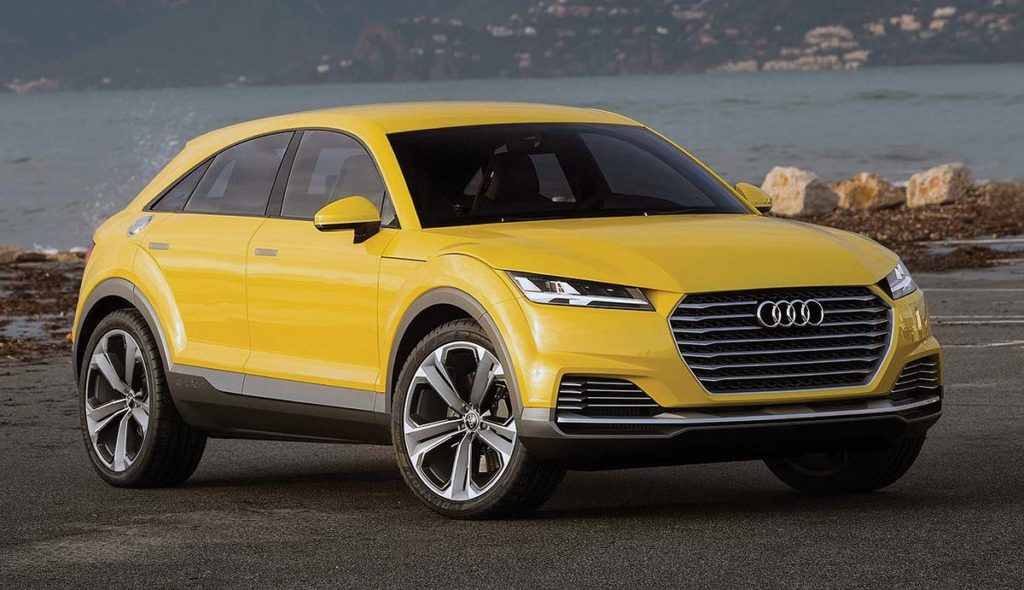 The new Q4 somewhat resembles this TT Offroad concept. The Q4 is one of three new utility vehicles coming from Audi. (PHOTO: AUDI)

Buick sedans are on the outs, but the Avenir brand is in: