The Sleuth’s operatives are reporting that Volkswagen’s new seven-passenger Atlas utility vehicle will be joined later in 2017 by the 2018-model-year Tiguan Allspace. This compact model will also have available seven-passenger capacity, although it could be a tight squeeze for anyone seated in the third row. Compared to the current Tiguan, the Allspace is eight inches longer and provides an extra four inches between the front and rear wheels. The base engine will likely be a turbocharged 220-horsepower 2.0-liter four-cylinder, but word is that a plug-in-hybrid option will be available sometime in 2018. The Allspace will join the Nissan Rogue as the only other compact utility vehicle to offer seven-passenger accommodations. 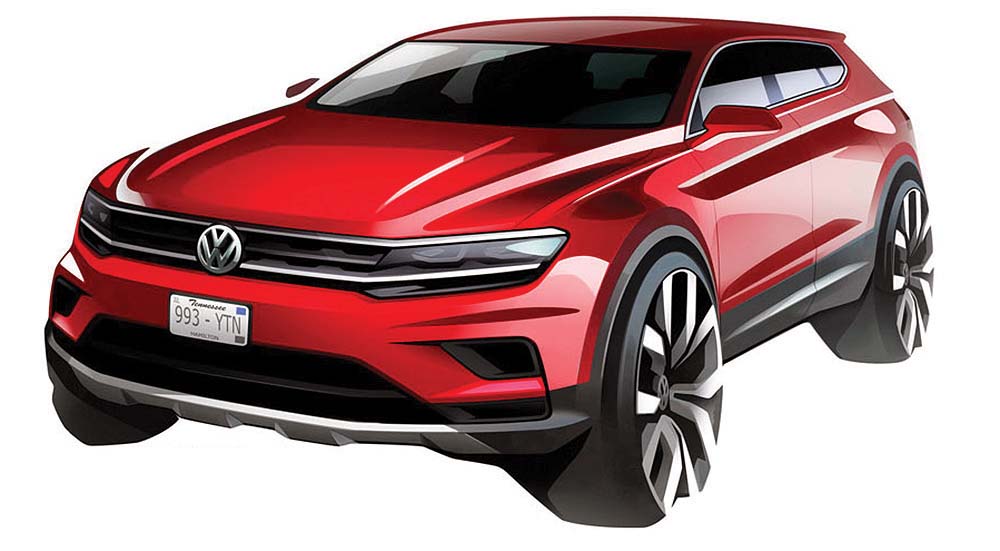 The Allspace will have seating for seven people, making it one of only two vehicles in the category with that capacity. The other is the Nissan Rogue. (ILLUSTRATION: VOLKSWAGEN)