The automaker, which is part of the Stellantis group (which also owns Fiat, Dodge and Chrysler), has announced the 2023 Tonale. The compact hatchback’s conservative design is reflective of others bearing the Alfa badge, especially the larger Stelvio. Base and Ti trims get a 256-horsepower turbocharged 2.0-liter four-cylinder. The premium Veloce plug-in hybrid version comes with a turbo 1.3-liter four-cylinder that powers the front wheels, while a 90-kilowatt motor turns the rears. Total system output is rated at 272 horsepower. Alfa Romeo estimates the hybrid can run for up to 30 miles solely on electric power. A nine-speed automatic transmission is standard with the turbo 2.0, while a six-speed automatic is used in the hybrid. Pricing will be announced closer to launch. 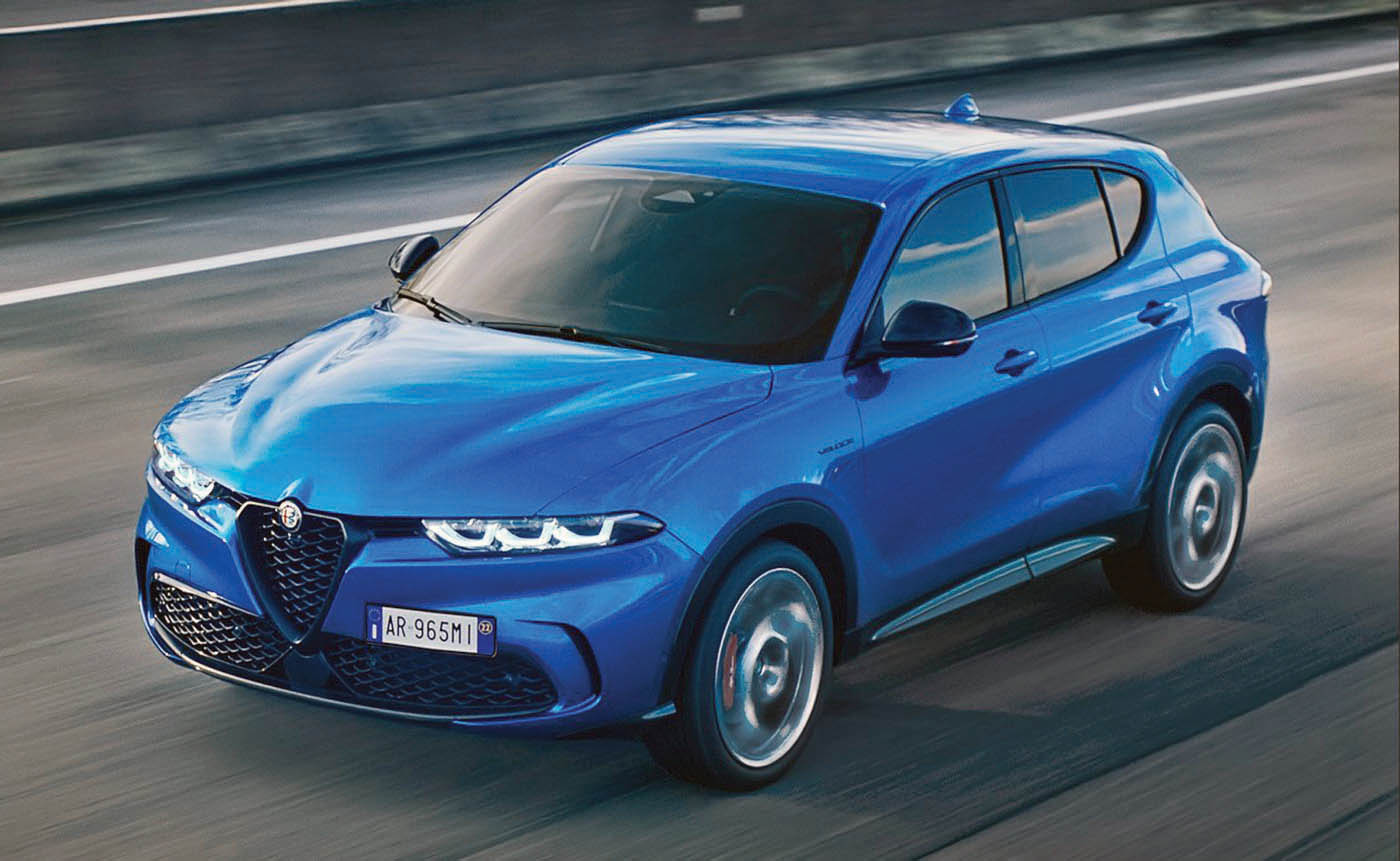 The Alfa Romeo Tonale is a compact utility vehicle that in base trim comes with a 256-horsepower four-cylinder engine. There will also be a plug-in hybrid version. Look for it for the 2023 model year.
PHOTO: STELLANTIS

Winnebago has an electric camper in the works: