Following more than 15 years of development, Michelin is readying a special tire-and-wheel combination, called the Uptis, for passenger vehicles. The airless system is puncture-proof — which means no more flat tires and the related down time — and is claimed to require less energy to produce. In turn, this reduces landfill waste and the tread is claimed to last up to three times longer than that of traditional tires. They weigh less than traditional wheel-and-tire combos, too. General Motors will be the first North American automaker to offer the Uptis as an option once it receives the necessary government agency approvals, perhaps by 2024. 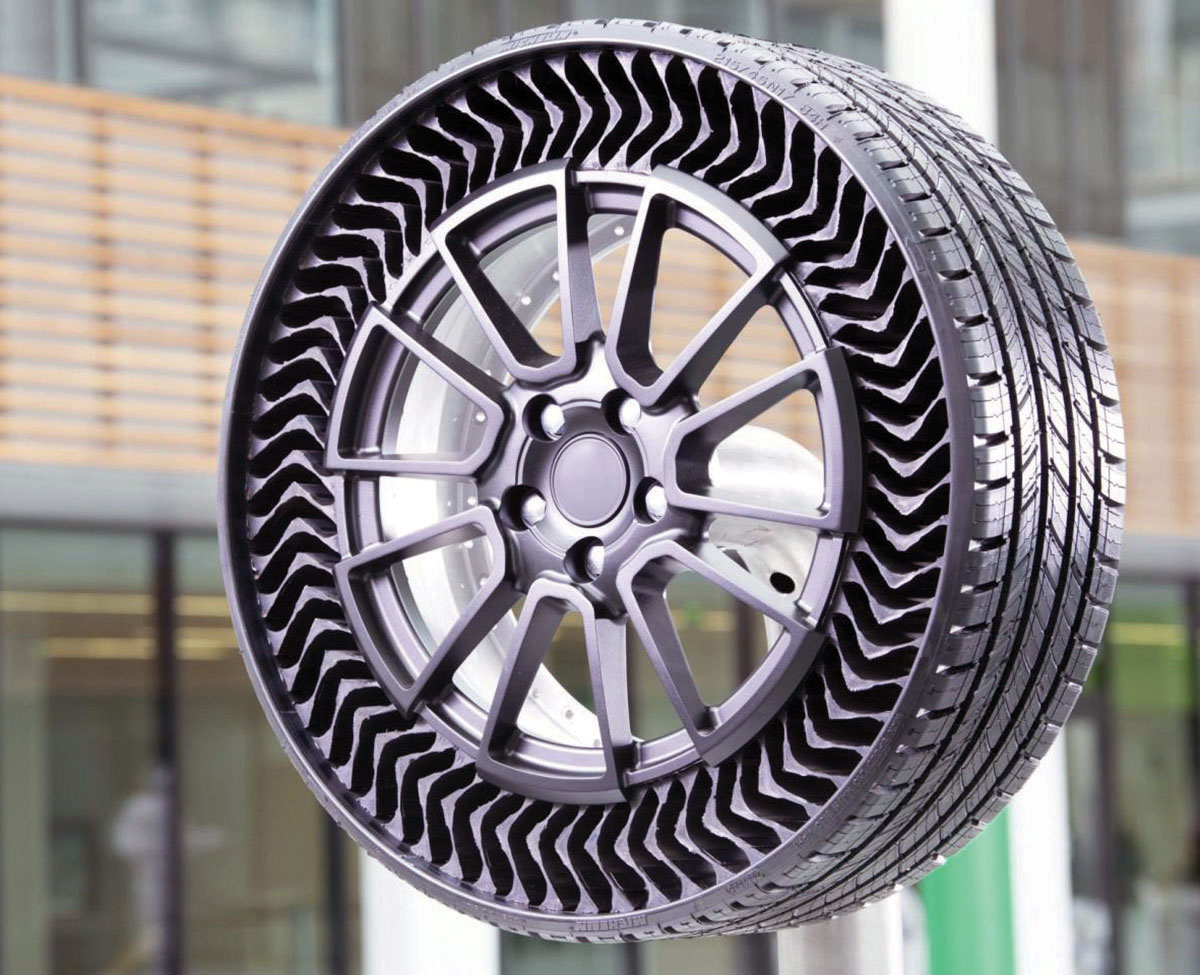 Michelin has been working on an airless-tire design for years and is now ready to take it to the streets.
General Motors will be the first North American automaker to make them available, possibly by 2024.
PHOTO: MICHELIN

Honda toughens up the Passport’s looks: