Acura signals the return of the Integra name:

Honda’s premium division introduced the Integra line of sedans and coupes for 1986. The nameplate was replaced by the RSX hatchback that was sold from model years 2002 through 2006. It’s now known that Acura will reintroduce the Integra as a four-door hatchback and will build it using the Honda Civic platform. Rumor has it that the Civic’s available 192-horsepower turbocharged 1.5-liter four-cylinder will serve as the Integra’s base engine, while something more potent — likely a turbo 2.0-liter producing 252 horsepower — will be found in the Integra R model. Whatever the final powertrain concoctions, the 2023 Integra is expected to debut sometime in 2022. 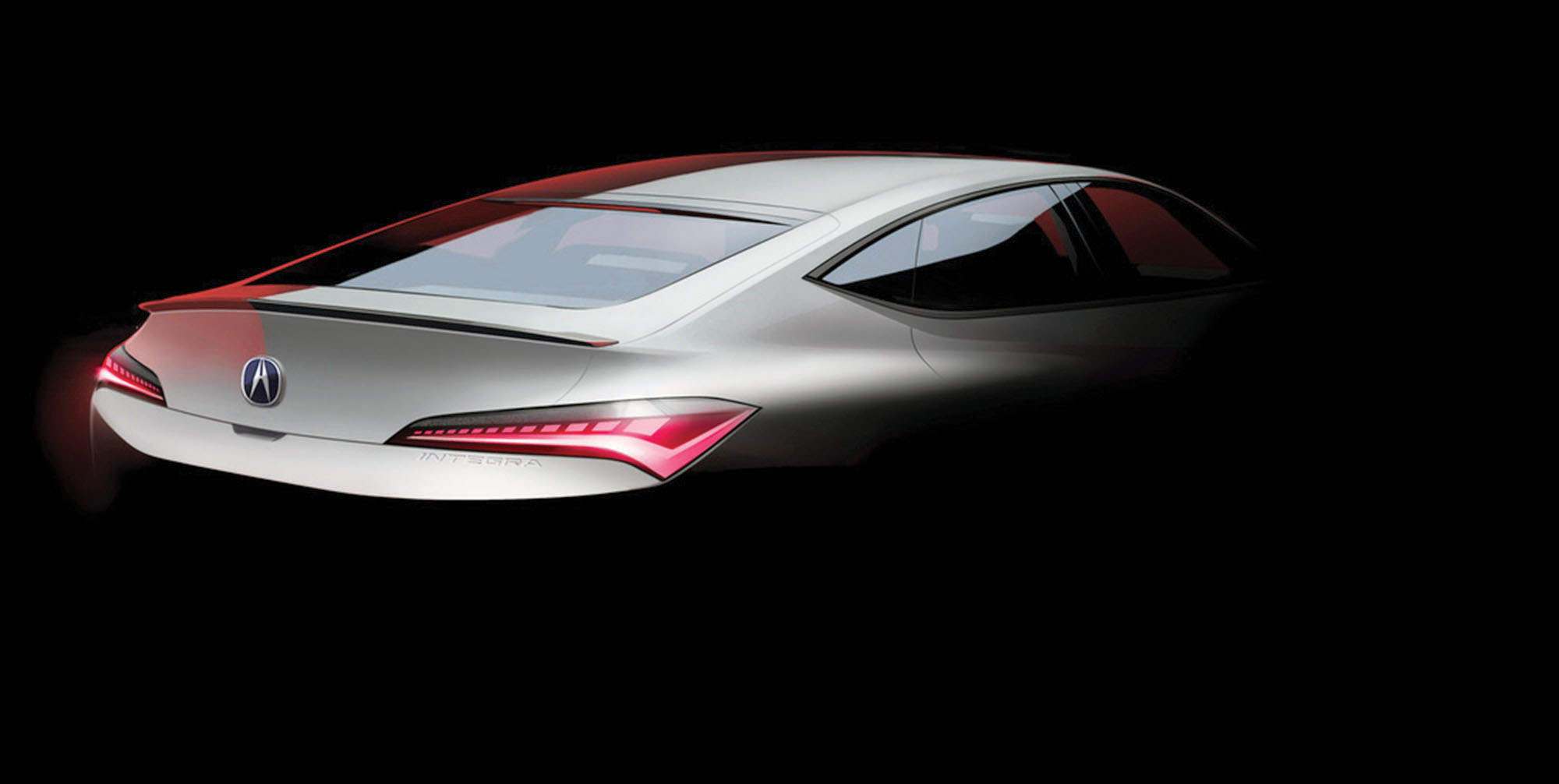 Acura has provided this teaser image of what a new Integra — clearly a four-door model — would look like.
PHOTO: ACURA

Acura signals the return of the Integra name: