It has been only one model year since the Porsche Boxster roadster and the Cayman coupe were given the ‘718’ numerical addition to their names. Both were also updated with potent turbocharged four-cylinder engines that replaced the previous non-turbo six-cylinder engines. Word has reached The Sleuth that more adjustments are in store for 2018, including revised front and rear designs, along with minor changes to the dashboards and control panels. For more performance, Porsche will introduce GTS models that push output past the existing Boxster/Cayman S’s 350 horsepower, by about 20-25 horses. You can also expect the optional Sport Chrono and active-suspension packages to be standard for the GTS models. 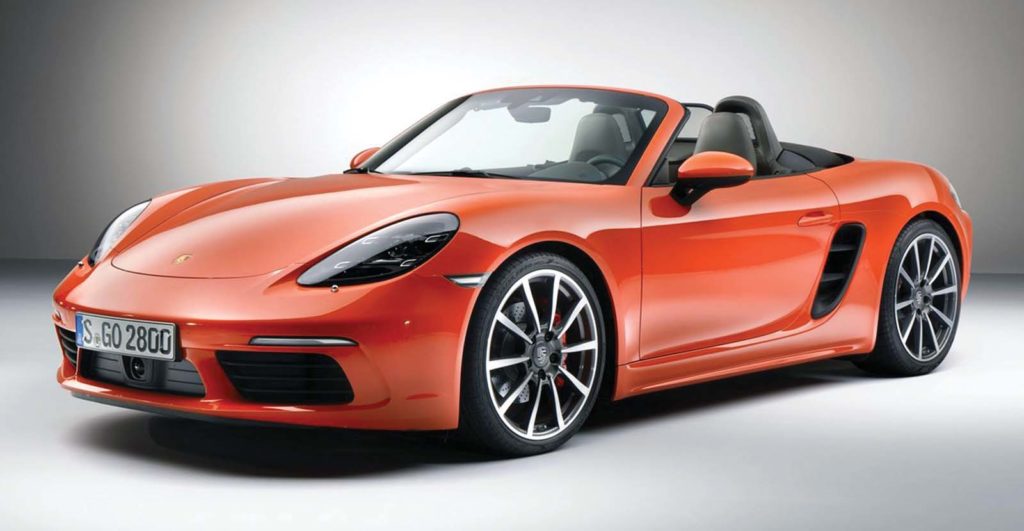 Even though the current Porsche Boxster 718, pictured (and the Cayman coupe), has only one season under its belt, changes are coming for 2018. (PHOTO: PORSCHE)