Hybrid vehicle introductions are commonplace, except when it comes to one of the world’s best-known exotic-sports-car brands. The Sleuth was understandably blown with news that Ferrari is launching the 2020 SF90 Stradale as a plug-in hybrid. The automaker claims the mid-engine supercar can travel up to 15 miles on electric propulsion, but the big news is that the Stradale’s turbocharged 3.9-liter V-8 plus three electric motors combine to produce 986 horsepower. An eight-speed paddle-shift transmission directs power to all four wheels (unlike the LaFerrari hybrid, which is rear-wheel-drive). Ferrari says the 3,461-pound SF90 can accelerate to 100 km/h (62 mph) from rest in 2.5 seconds, on the way to a top speed of 211 mph. There’s no word as to quantities or price, but The Sleuth speculates that most of the Stradale’s production might be spoken for by the time that info is revealed. 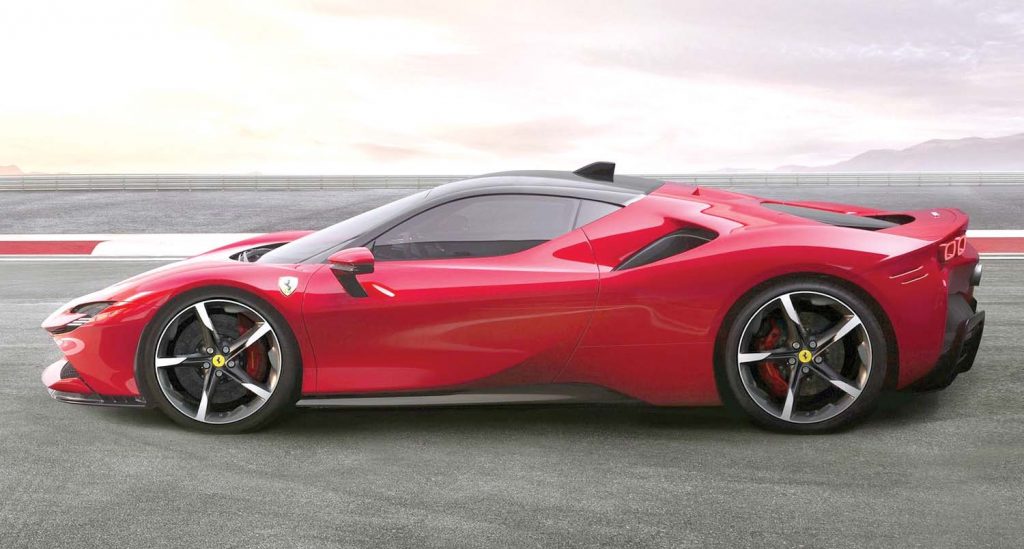 The Ferrari SF90 Stradale is a departure for the company in two ways: it’s a plug-in hybrid; and it has all-wheel-drive. PHOTO: FERRARI