The Spymaster’s sources have unearthed both pics and some details concerning the automaker’s next big thing. That happens to be the X7 utility wagon that’s likely heading our way some time in 2018. The X7, which is based on BMW’s Concept X7 iPerformance vehicle, will be larger than the X5 and, of course, significantly grander than the X3 and X1 utilities. As a consequence, BMW will finally have a large seven-passenger model to compete against a raft of similar vehicles, including the Lexus GX, Audi Q7, Infiniti QX80 and Mercedes-Benz GLS, to name just a few. There’s no official word regarding powerplants, but it’s BMW’s habit to pluck something from the existing engine lineup. That means a turbocharged 300-horspower V-6 could be a starting point, with a 445 twin-turbo 4.4-liter V-8 as an option. Also, don’t rule out a fuel-saving plug-in hybrid as well. 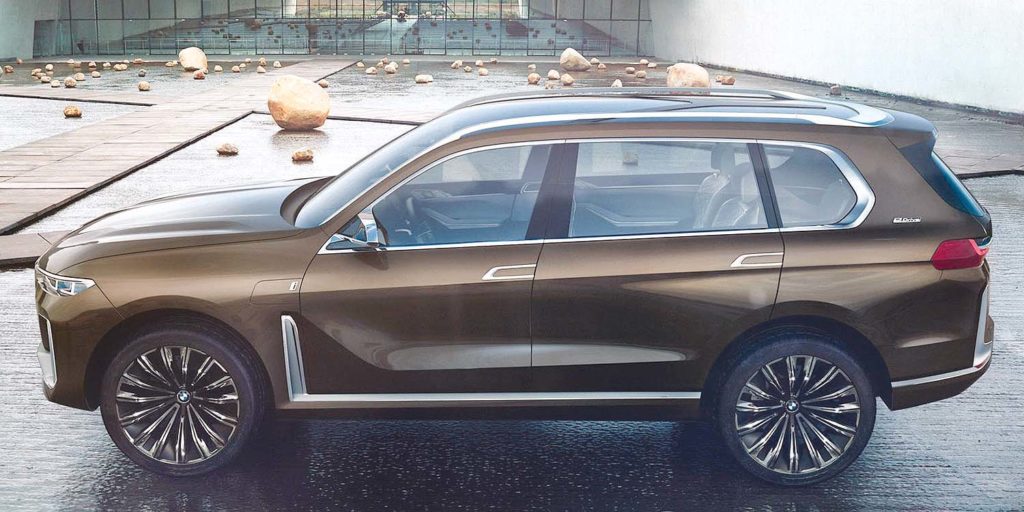 The X7 Concept provides the inspiration for the upcoming X7, which will be larger than the X5 and provide three rows of seats. (PHOTO: BMW)