2022 Toyota Corolla Cross: What’s most surprising is how long it took Toyota to flesh out the void between the Corolla and the RAV4 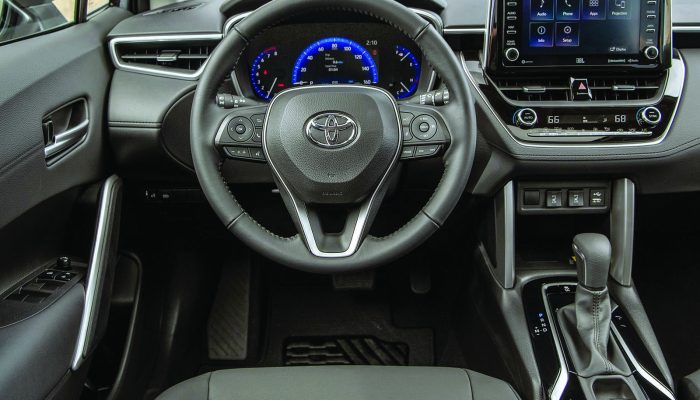 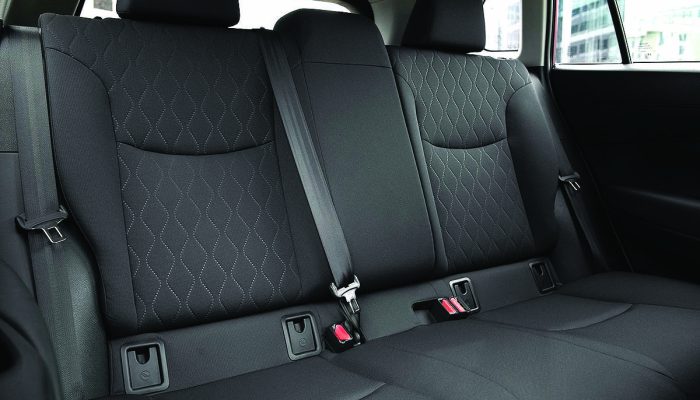 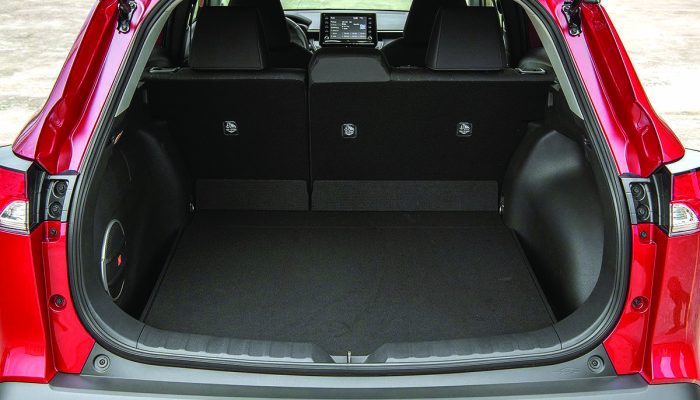 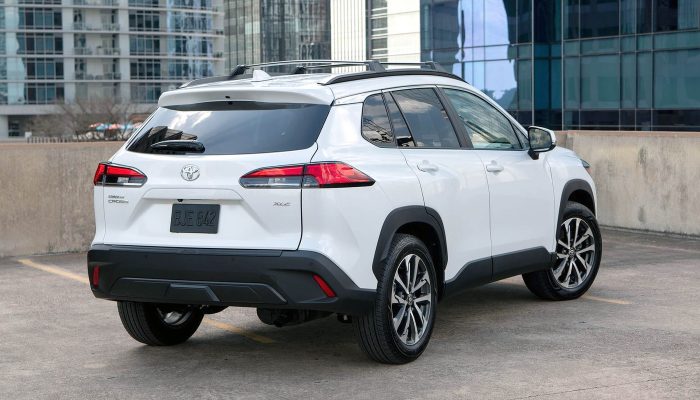 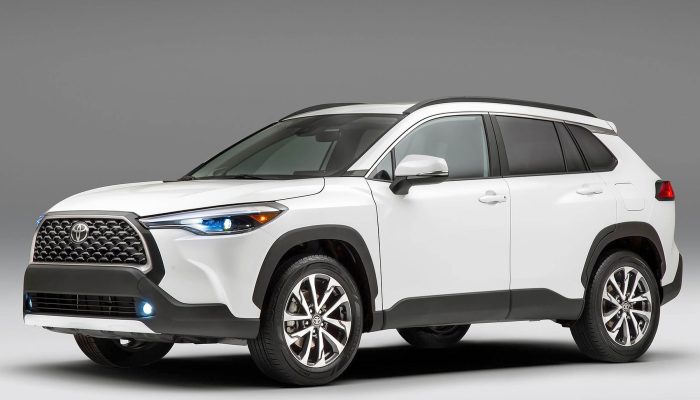 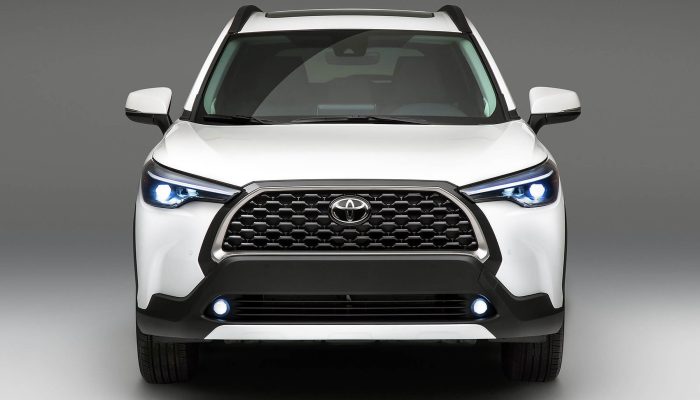 The Corolla brand helped place Toyota solidly on the North American landscape more than half a century ago with practical and inexpensive two- and four-door compact models.
After 40-million-plus vehicles sold around the world, the Corolla remains at the top of its game with both sedan and hatchback variants. And the 2022 Corolla Cross certainly capitalizes on that cachet.
With the public gobbling up tall wagons, developing a Corolla-branded version makes perfect sense, and it spared Toyota the expense and effort of promoting a brand-new name. The Corolla name is as ubiquitous as Coca Cola or Microsoft.
It’s unquestionably by design that the Corolla Cross appears the way it does. From stem to stern, it conjures up images of the RAV4, but on a smaller scale. The dominant grille heads up prominent front and rear bulging fenders. There’s also plenty of protective dark trim on the rocker panels and around the wheel openings.
Compared with the RAV4, the Corolla Cross is 14 centimetres shorter, 2.5 centimetres narrower and the roofline is more than 5.0 centimetres lower. The wheelbase — the distance between the front and rear wheels — is 5.0 centimetres less. The cargo area behind the split-folding rear seat is about 20 per cent less than the RAV4’s and the maximum towing capacity of 1,500 pounds (680 kilograms) is also 2,000 pounds (910 kilograms) less.
The Corolla Cross’s interior is mainly conservative and is closely similar in style to the Corolla sedan and the Hatchback. The 7.0- or available 8.0-inch tablet-style touch-screen dominates the dashboard’s landscape and is positioned in plain sight of front- and rear-seat passengers. The attendant knobs, buttons and switches that control infotainment and ventilation systems are easily recognizable and the old-school floor shifter is arguably more intuitive than most electronic alternatives created to date.
Under the hood is a 2.0-litre four-cylinder engine rated at 169 horsepower and 150 pound-feet of torque. The same engine can be found in the Corolla sedan as an option, and is standard in the Hatchback.

Power is directed to the front wheels via a continuously variable transmission. All-wheel-drive (AWD) is optional. The system can direct up to 50 per cent of the torque to the rear wheels. When AWD is not required, the rear axle is not driven, which reduces drag and saves fuel.
With the Cross’s 20 centimetres of ground clearance, the AWD option can be put to practical use when traversing more rugged terrain.
The AWD version is equipped with a fully independent rear suspension, while the front-wheel-drive Corolla Cross uses a torsion-beam setup that still links the left and right wheels.
Front-wheel-drive fuel consumption is rated at 7.6 l/100 km in the city, 7.0 on the highway and 7.3 combined.
Later in the 2022 model year, buyers will be able to specify an AWD hybrid, which uses as system that’s currently available for the sedan.
Corolla Cross pricing starts at $26,850 for the front-wheel-drive L trim. Add $1,400 for AWD.
The L comes with the usual features plus a fair amount of active-safety technology, including forward-collision warning/avoidance (automatic braking), pedestrian/cyclist detection and lane-departure warning.
The LE trim comes with blind-spot warning with rear cross-traffic alert, roof rails, wireless phone charging and 17-inch alloy wheels (17-inch steel wheels are standard).
The top-level XLE gets dual-zone air conditioning, heated front seats (10-way power adjusted for the driver) with premium coverings, front and rear parking assist and 18-inch wheels.
Among the few options is a nine-speaker JBL-brand audio package that’s available with the 8.0-inch touch-screen.
With the Corolla name attached to it, the Corolla Cross should prove a solid success for Toyota. That is as long as buyers continue their affection for tall wagons that can perform a multitude of tasks with a minimum of fuss over a broad range of weather and road conditions.

What you should know: 2022 Toyota Corolla Cross 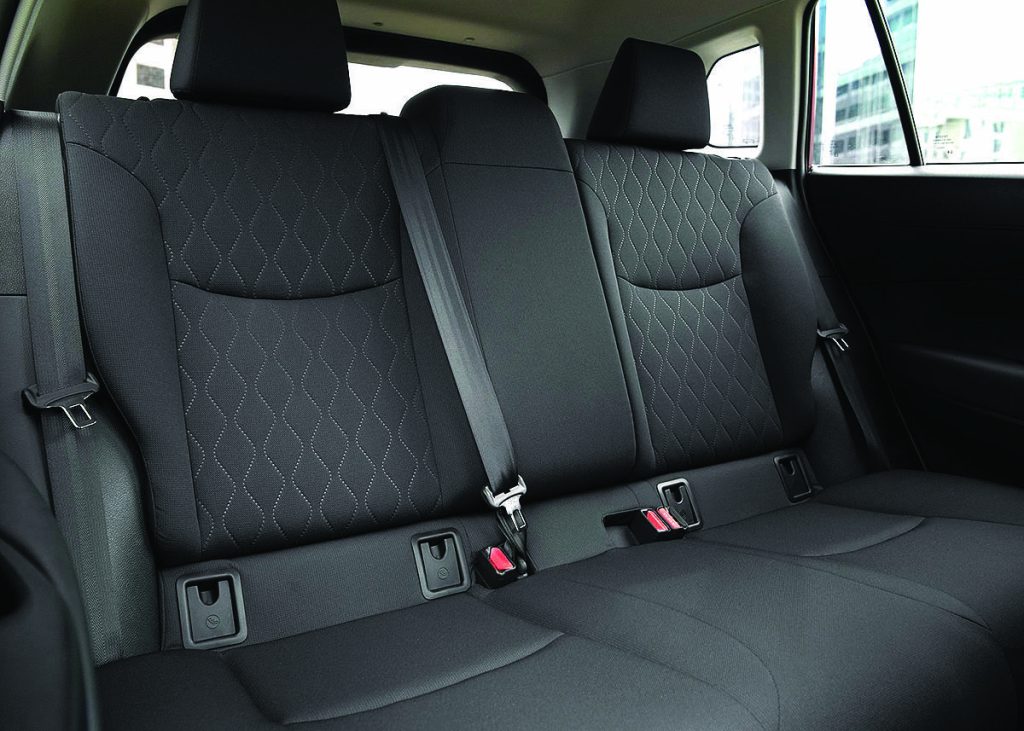 Perhaps consider the Corolla Cross not as a Corolla, but a scaled down RAV4.
It has much more rear-seat room than the Corolla Hatchback, although it does share that model’s
169-horsepower four-cylinder engine. There’s also optional all-wheel-drive. PHOTO: TOYOTA 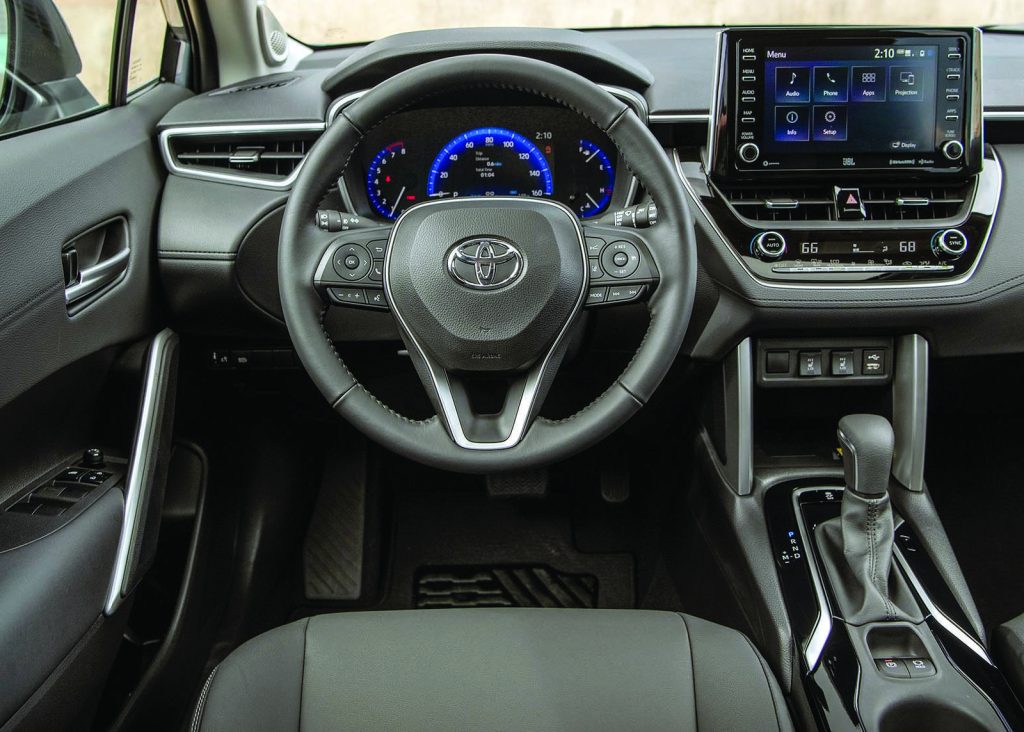 The Corolla Cross’s dash layout will seem familiar since it largely mimics that of the Corolla
sedan and Hatchback. PHOTO: TOYOTA 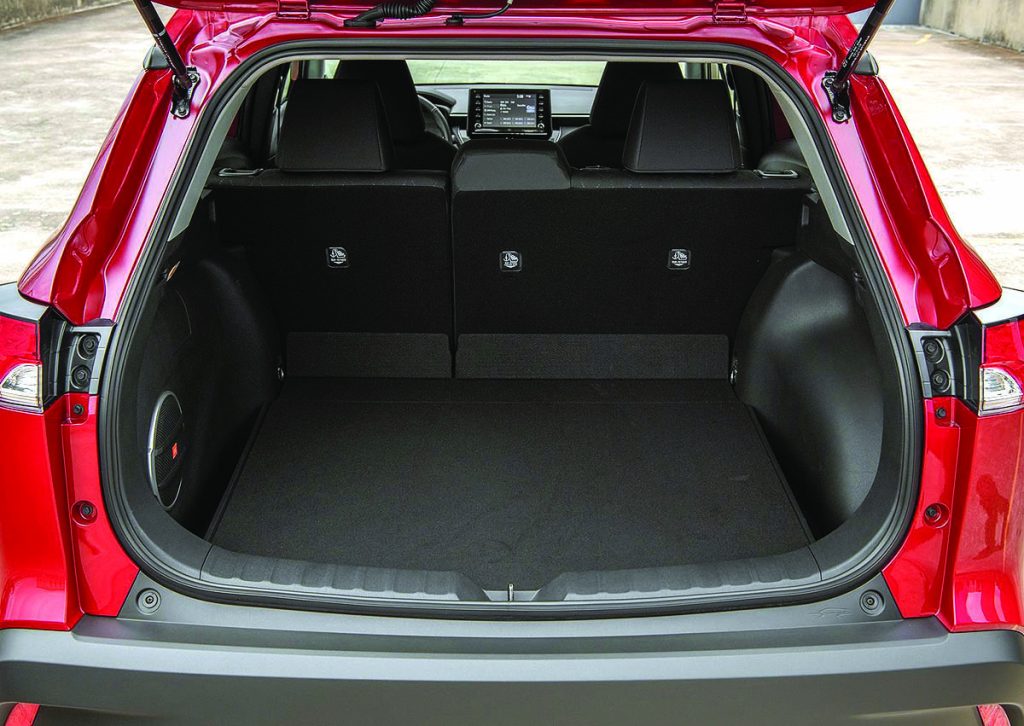 Compared with the RAV4, the Corolla Cross has 20 percent less room behind the rear seat.
PHOTO: TOYOTA 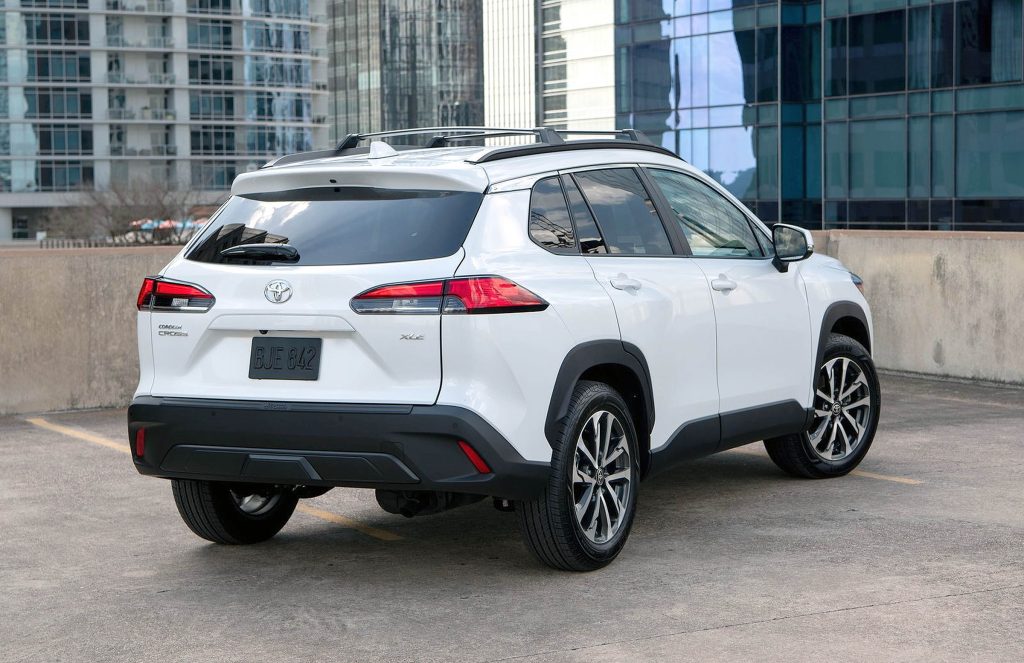 The Corolla Cross is a nice bridge between the smaller Corolla Hatchback and the larger RAV4
(certainly better than the C-HR). As you might recall, Honda has a similar bridge between the
Civic and the CR-V, called the HR-V. PHOTO: TOYOTA

Hyundai Kona
Base price: $23,950
Good-looking compact is available as an electric model with 201 h.p.

Jeep Renegade
Base price: $29,800
The smallest of the brand’s lineup is imported from Italy. AWD is standard

2022 Toyota Corolla Cross: What’s most surprising is how long it took Toyota to flesh out the void between the Corolla and the RAV4