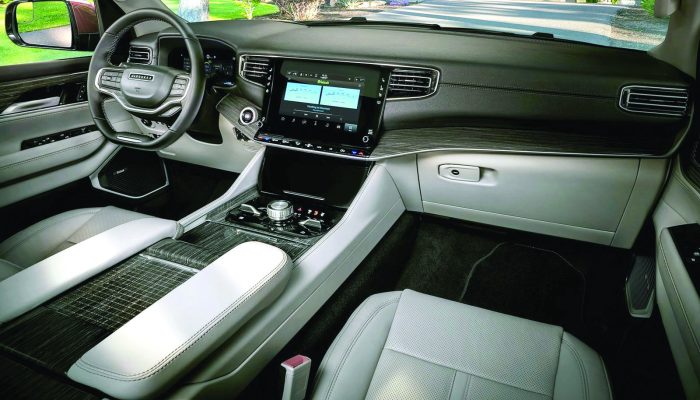 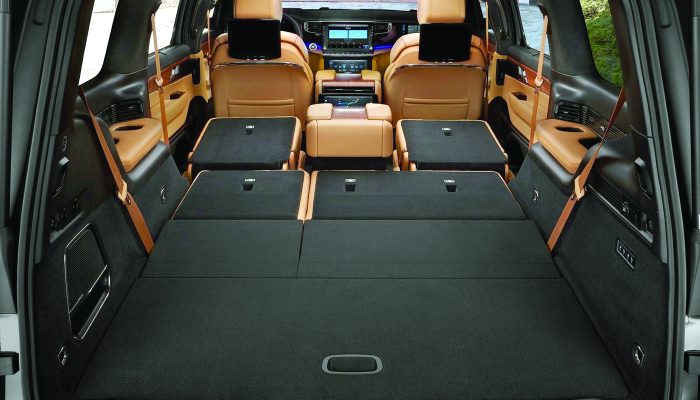 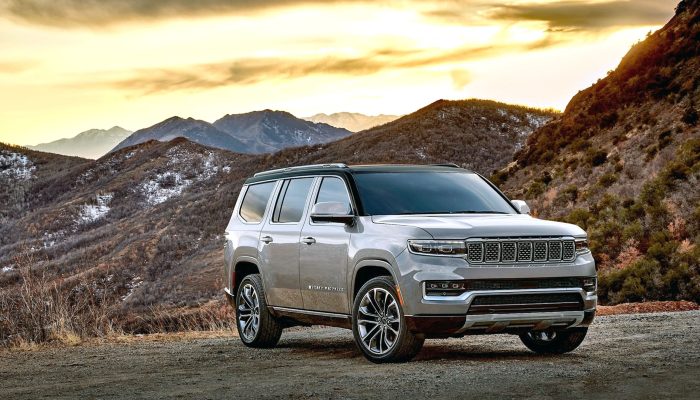 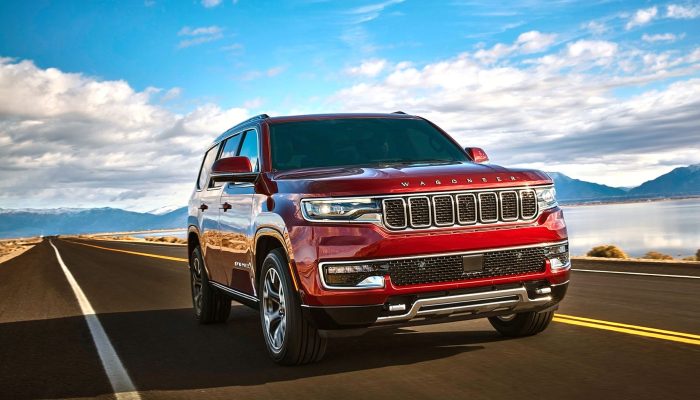 There have been many sizes and types of Jeep vehicles over the years, but nothing really big or luxurious.
For 2022, the Jeep Wagoneer and Grand Wagoneer nameplates, thought to be relegated to the history books, have been dusted off to take on the task. Look out Tahoe, Suburban and Escalade, there’s a new kid on the block.
The Wagoneer and more luxurious Grand Wagoneer are at the top of the scale in terms of size, being significantly larger overall than both the seven-passenger Jeep Grand Cherokee L that was introduced for 2021, and the regular-length five-passenger Grand Cherokee that’s new for 2022. Combined, this utility-vehicle foursome represents unparalleled market saturation for the Jeep brand.
What differentiates the Wagoneer/Grand Wagoneer duo from the Grand Cherokee is primarily how they’re constructed. The bigger Jeeps — which are the same size as one another — use a body-on-frame chassis that’s similar to that of the Ram 1500 pickup (both Ram and Jeep are part of the Stellantis group), only with an independent rear suspension in place of the truck’s solid rear axle. The idea is to provide a more comfortable ride. It definitely helps, but the Grand Wagoneer test vehicle still rode stiffly (but comfortably controlled) over rough surfaces.
By contrast, the Grand Cherokees’ frameless unitized construction is similar to how most passenger cars and wagons are designed.

All four Jeeps appear similar, but the larger and taller Wagoneers have blockier shapes, which aids passenger and cargo space. Their rear doors are also nice and wide, which means it’s easier for up to three passengers to access the second as well as the third rows. Second-row high-back bucket seats are optional in the Wagoneer and standard in the Grand Wagoneer. With both rows folded flat, cargo capacity likely exceeds what most owners will ever require.
The Wagoneer gets a 5.7-litre V-8 and a 48-volt electric motor. The net output is 392 horsepower and 404 pound-feet of torque.
The Grand Wagoneer has a 6.4-litre V-8 that puts out 471 horsepower and 455 pound-feet.
An eight-speed automatic transmission is standard.
Both engines deliver lively acceleration. Jeep claims a zero-to-60-mph (96 km/h) time of 6.0 seconds for the Grand Wagoneer, which weighs in at 2,910 kilograms. That’s about 180 kilograms more than the Wagoneer.
Four-wheel-drive with a two-speed transfer case (providing high and low ranges) is optional for the Wagoneer and standard in the Grand Wagoneer.
As you might expect, fuel consumption is not exactly frugal. The Wagoneer is rated at 13.8 l/100 km in combined city/highway driving and the Grand Wagoneer is rated at 16.0 l/100 km.
Of course these numbers are likely to drop significantly with a boat or travel trailer attached. The Wagoneer’s 4,545-kilogram tow rating edges out the Grand Wagoneer’s 4,475 kilograms.
Pricing starts at $82,800 (including destination charges) for the Wagoneer Series II. The Series I will be available later in the model year for a starting price in the $70,000 range.
The Series II comes with a panoramic sunroof, secondary infotainment display for the front-seat passenger, dual-screen rear entertainment system, 360-degree surround camera and a self-parking system. The Series III adds more content and is available with an optional air suspension that can produce up to nine centimetres of added ground clearance for off-roading. Hey, this is still a Jeep.
Grand Wagoneer pricing begins with the Series I at $105,800 while the top-level Obsidian lists for $118,800. This one challenges the Cadillac Escalade for price and content with quilted leather seats (power-reclining for all three rows), wood-grain interior trim, 23-speaker McIntosh-brand entertainment system and power-retractable running boards.
With the launch of the Wagoneer and Grand Wagoneer, Jeep enters an arena currently dominated by similarly sized General Motors and Ford vehicles. With style, capability and performance in Jeep’s favour, acceptance is practically guaranteed.

What you should know: 2022 Jeep Wagoneer/Grand Wagoneer 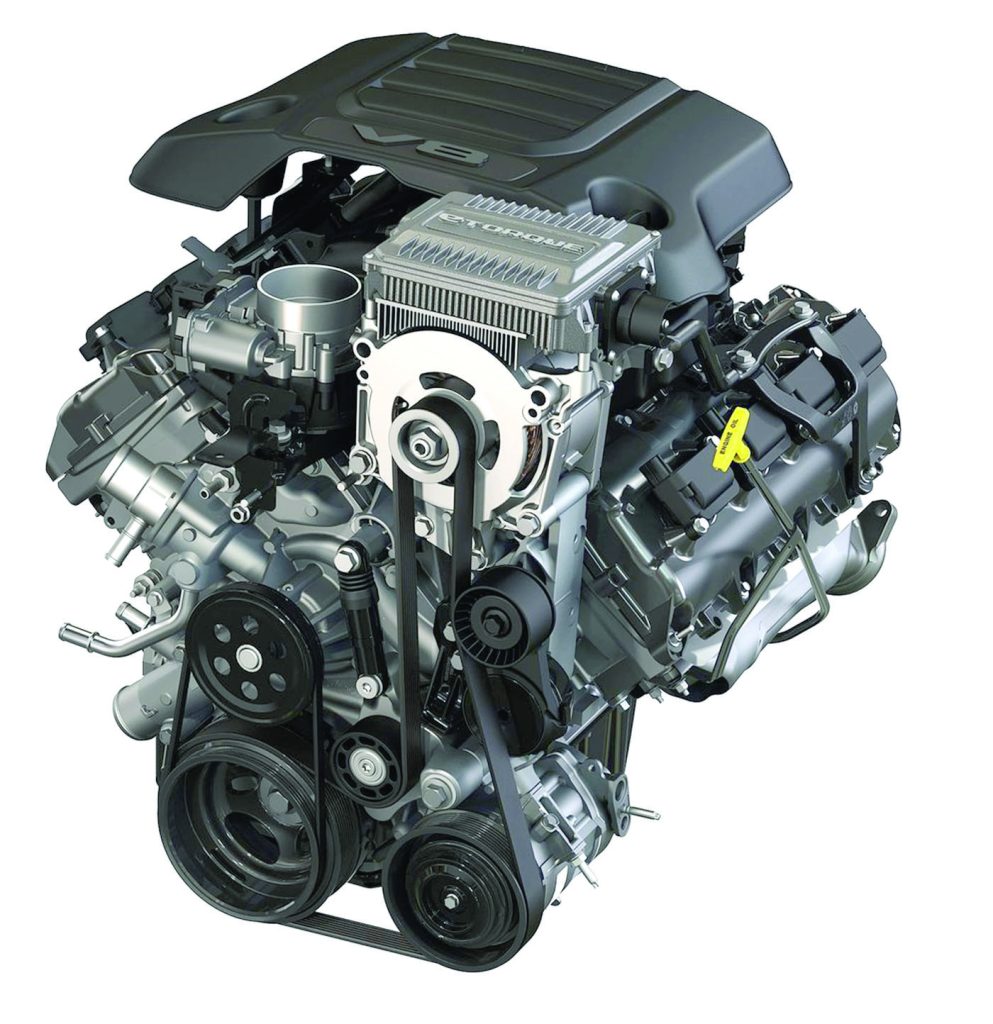 The Wagoneer comes with a 5.7-litre V-8 and a 48-volt electric motor. The net output is 392 horsepower
and 404 pound-feet of torque.
PHOTO: JEEP 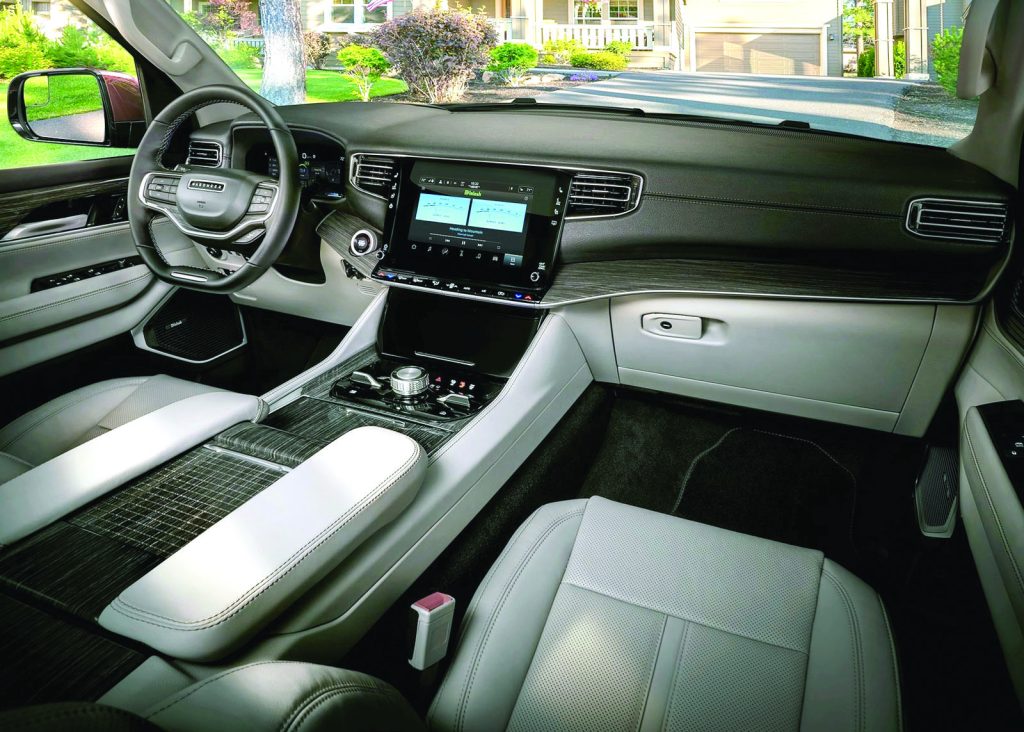 With both second and third rows folded flat, cargo capacity likely exceeds what most owners will ever require.
PHOTO: JEEP 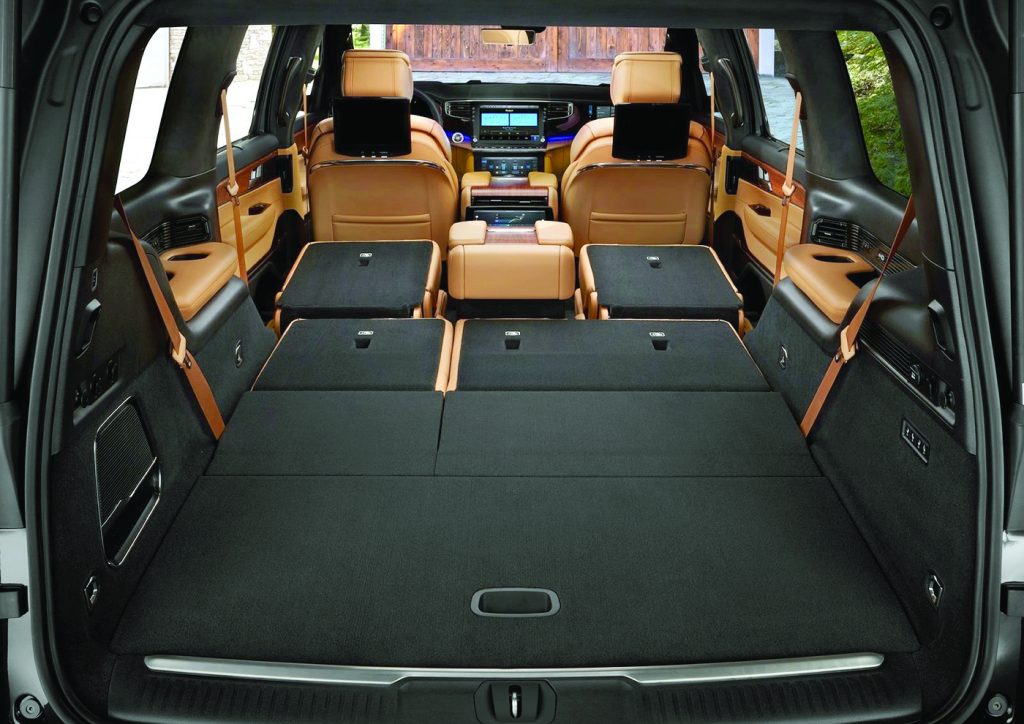 The difference between the Wagoneer and Grand Wagoneer comes down to equipment.
The base Wagoneer Series II rings in at nearly $83,000, so it’s not exactly basic. (A less expensive Series
I will arrive later in the model year.) The Grand Wagoneer starts at about $106,000. PHOTO: JEEP

Chevrolet Suburban AWD
Base price: $66,000
Eight-passenger model has three engine choices including an I-6 turbo-diesel.

2022 Ford Maverick: Can this little pickup pick up some new fans?