As it has in previous years, Honda has rolled out new versions of its compact car over several months, starting with the Civic sedan that launched in spring. The hatchback followed a few months later and now it’s the sporty Si’s turn. Sadly, the coupe version is gone, but the front-wheel-drive Si sedan gets a 205-horsepower turbocharged 1.5-liter four-cylinder engine. That’s 25 more horses than the regular Civic’s optional turbo engine, but five less than the outgoing Si. Torque is unchanged at 192 pound-feet. As before, a six-speed manual transmission is standard, but it gets a rev-matching downshift feature originally designed for the Civic Type R hatchback. A new Type R is expected in early 2022. Other standard Si goodies include a sport suspension, limited-slip differential, bigger brakes and 18-inch wheels (regular Civics get 16-inchers). 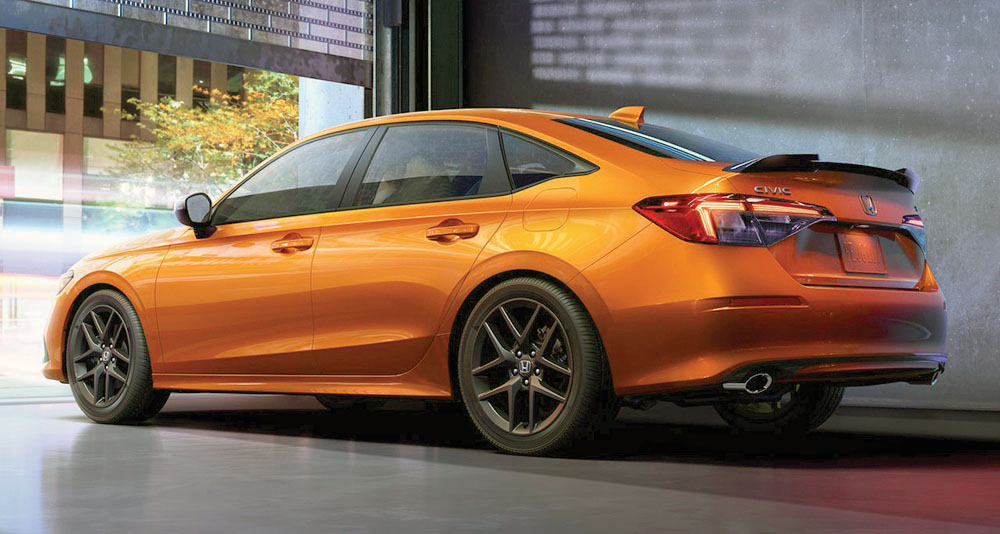 The new Honda Civic Si has slightly less power than before but retains a standard six-speed manual transmission.
PHOTO: HONDA

Lexus’s big and bold utility vehicle is new for 2022:

A makeover and added luxury for the GMC Sierra: