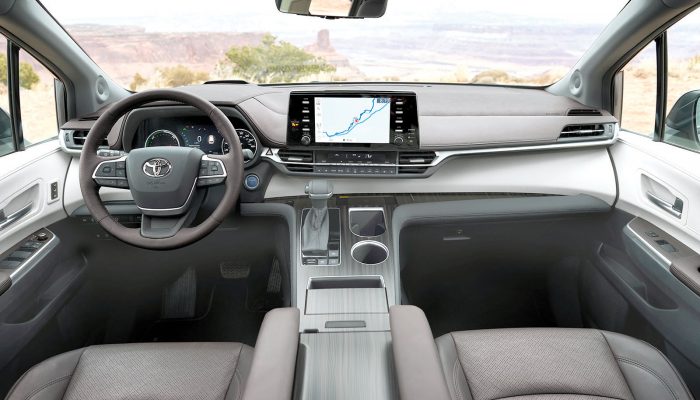 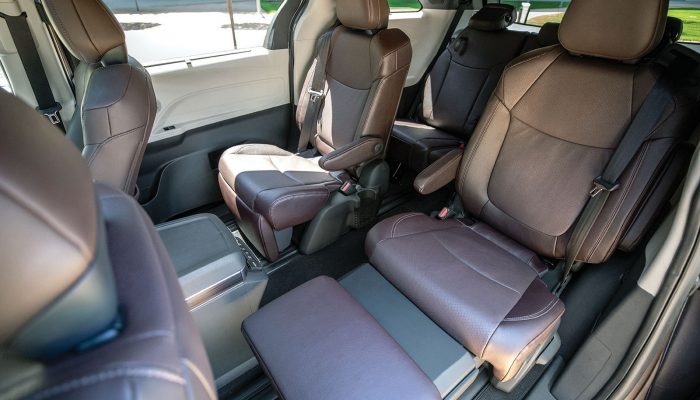 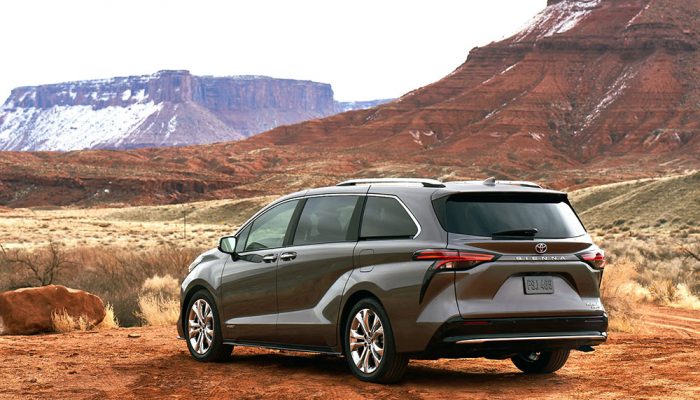 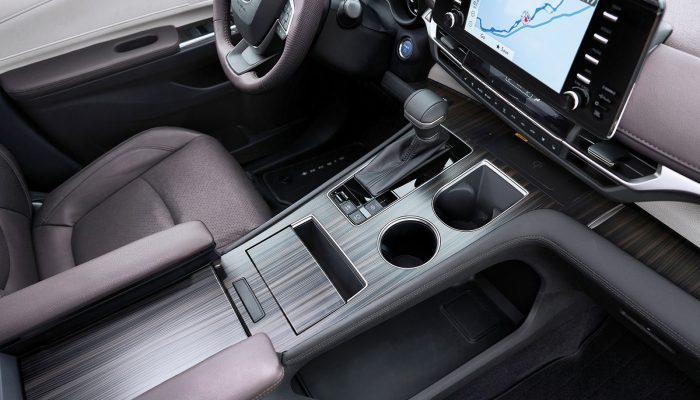 The once-popular (and well-populated) minivan segment has thinned out over the past few years. However those few remaining nameplates, including the Toyota Sienna, have not been ignored by their parent automakers and are as stylish, up-to-date and practical as anything on the road.
For 2021, the new fourth-generation Sienna receives a complete redo that encompasses every aspect of the minivan. From the front, the appearance is similar to most other Toyota models, including a wide-mouth grille protruding ahead of the hood and headlights (apparently inspired by Japan’s extra-quick Bullet Train). But a check of the remaining bodywork reveals an origami of creases and curves that stands in stark contrast to the previous Sienna. The final form might not to be to everyone’s taste, but there’s no denying that the minivan definitely stands apart from its peers.
The body panels are attached to Toyota’s latest lighter and stronger TNGA-K platform that’s employed in most of the automaker’s vehicles. As a result, the Sienna is now close to eight centimetres longer and slightly lower and wider. The distance between the front and rear wheels has also increased by about 2.5 centimetres.
The interior is new and appears more premium passenger car than minivan. A unique “flying bridge” centre console rises up and connects with the base of the dashboard and provides extra stowage space beneath the shift lever. This in addition to a traditional enclosed cubby between the front-seat armrests.
A large upright nine-inch touch-screen dominates the dashboard, but does seem to partially block the driver’s line of sight.
The Sienna’s eight-passenger capacity is reduced to seven with the available second-row high-back bucket seats (with optional fold-out ottomans) that can be adjusted fore and aft by up to 63.5 centimetres.

Aside from the styling, the 2021 Sienna’s most dramatic aspect is a hybrid powertrain that’s standard for all models. It consists of a 2.5-litre four-cylinder engine plus two electric motors with a net output of 243 horsepower. That’s less than the previous minivan’s 296-horsepower V-6, but Toyota estimates the hybrid system will achieve 7.1 l/100 km in combined city/highway driving. The number is better than the Chrysler Pacifica plug-in hybrid’s 8.0 l/100 km and considerably better than competing non-hybrid minivans.
The power system is connected to a continuously variable transmission that directs output to the front wheels, or to all four wheels in all-wheel-drive models. This option adds a third electric motor located at the rear wheels.
A standard mode selector that controls drivetrain performance can be set to Normal, Sport (for low-end torque), mileage-maximizing Eco, or EV. The latter provides a limited amount of electric-only driving at low speeds before the internal-combustion engine automatically kicks in.
The tow rating is pegged at 1,590 kilograms.
Base price (LE FWD) is $41,830 including the $1,840 destination charge. The word “base” is a misnomer since the standard equipment list includes a complete range of active-safety technologies such as emergency braking, lane-departure alert with steering assist, and pedestrian detection. A blind-spot monitor with rear cross-traffic alert and a rear-seat reminder are also standard.
All-wheel-drive adds $2,000 for a starting price of $43,830 (LE AWD), including destination.
Among the myriad equipment offered on up-level trims is four-zone air conditioning, premium 1,200-watt JBL-brand audio system with navigation, a camera-based digital rearview mirror, a vacuum and a built-in refrigerator.
Parents of small children or those wishing to communicate with back-seat passengers will be interested in the available Driver Easy Speak, which is basically a public-address system that works through the Sienna’s rear speakers.
From the extensive content list — the Limited trim level is $60,030 — it seems Toyota has reconfigured the Sienna to anticipate nearly every contingency. Dial in the standard hybrid system and you wind up with a travel-wise family bus with a penchant for penny-pinching at the pumps.

What you should know: 2021 Toyota Sienna 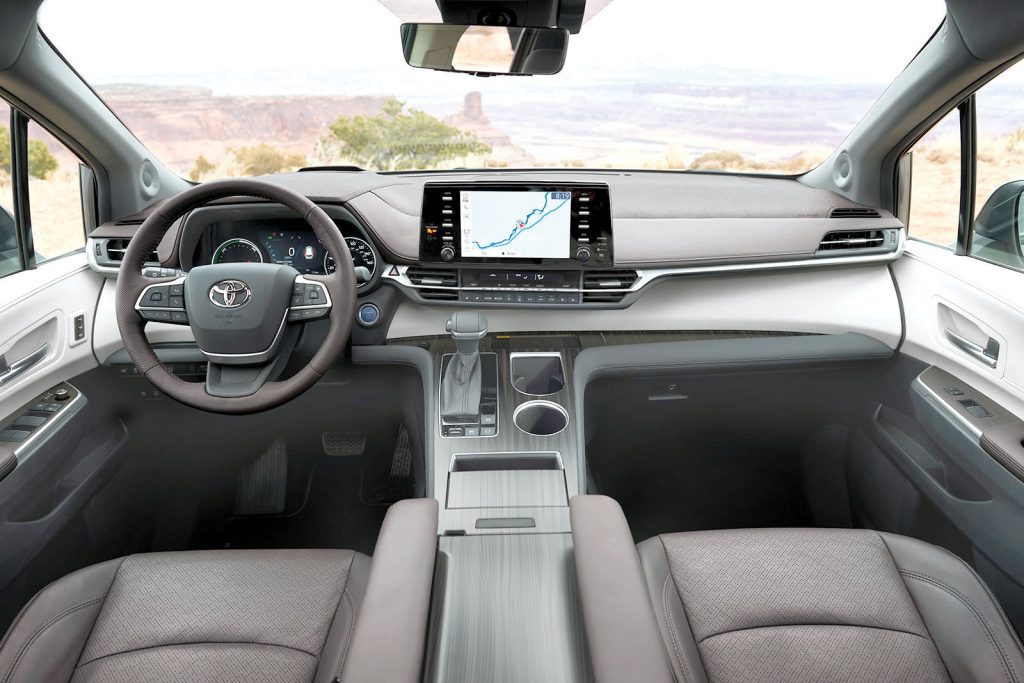 The wide centre console has plenty of storage but it also indicates just how much shoulder room the Sienna has.
The dash is dominated by a nine-inch screen perched above the air vents. PHOTO: TOYOTA 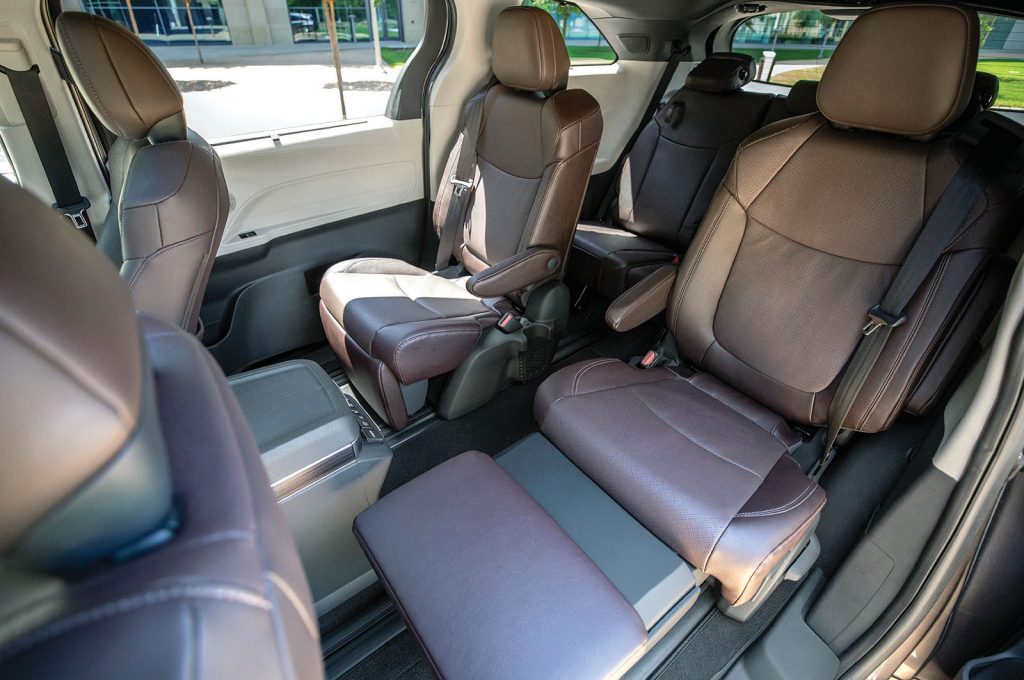 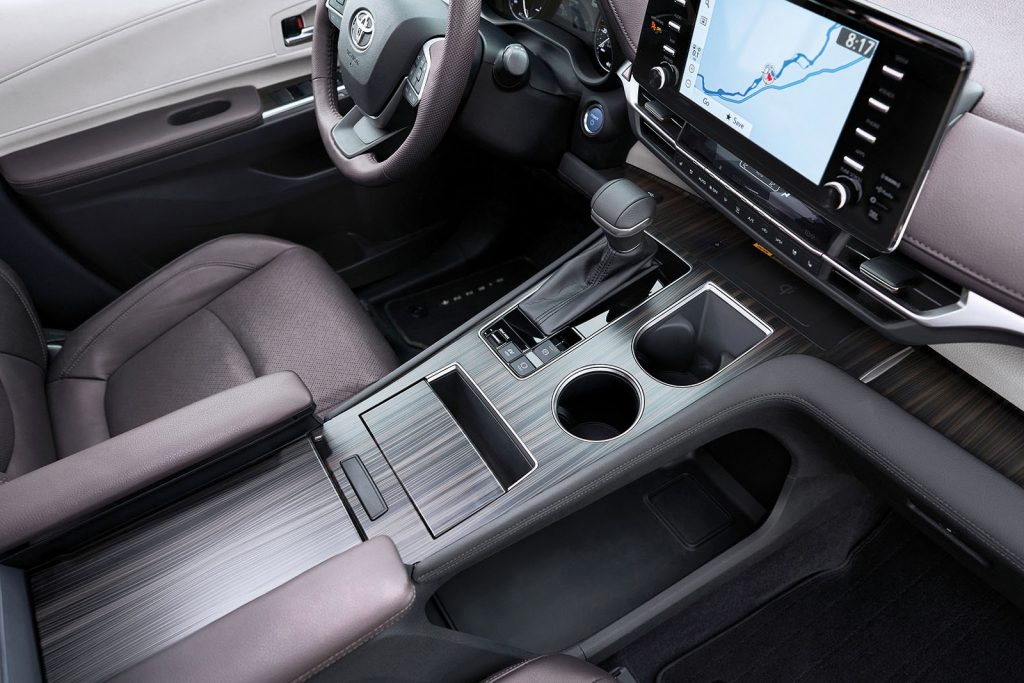 The Sienna has up to 18 cupholders although the two in the centre console might be the most important.
The shift lever commands a continuously variable transmission. PHOTO: TOYOTA 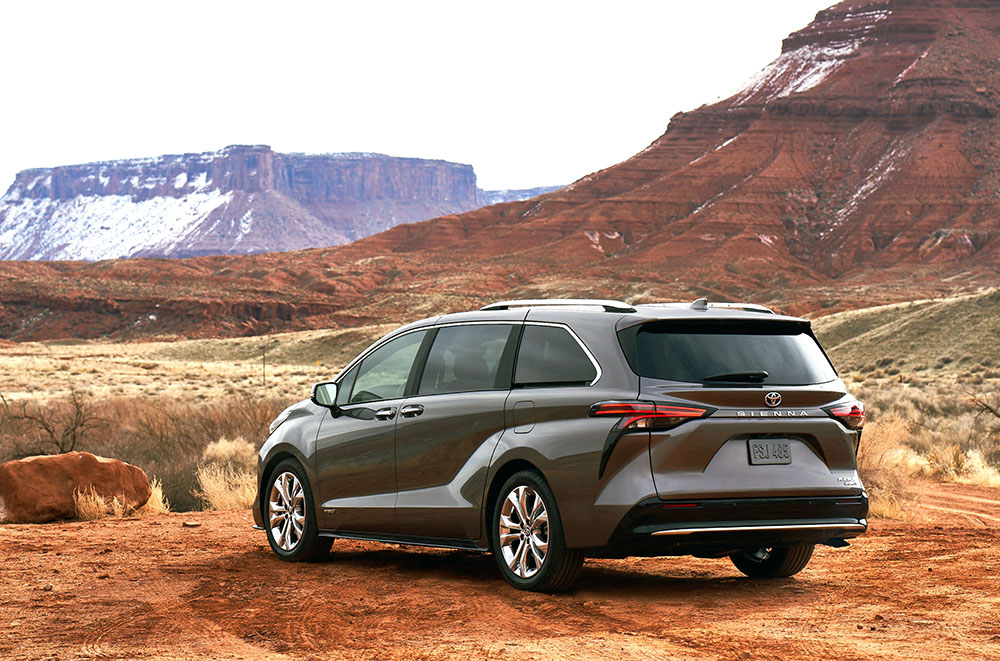 If you squint a little, you can catch some styling cues from the Toyota Supra sports car.
The standard hybrid system has two electric motors. Opt for all-wheel-drive and there’s a third.
PHOTO: TOYOTA

Honda Odyssey
Base price: $44,600
A mild exterior refresh and revised comfort and safety are changes for 2021.

Kia Sedona
Base price: $33,900
The automaker’s minivan will receive updated looks and more power for 2022.