Will Volkswagen actually add a dune buggy to the lineup?

That’s the hot rumor after reports surfaced that VW has trademarked the name e-Thing in Europe. The automaker briefly sold an odd-looking Bug-based four-door soft-top called the Thing in North America more than four decades ago. There’s speculation that the e-Thing might approximate the four-passenger ID Buggy concept model that Volkswagen displayed in 2019. It came with a rear-mounted electric motor producing 201-horsepower and 228 pound-feet of torque. The mind boggles at the thought of the ID Buggy-based e-Thing entering production, but at this point it’s far from certain if VW will proceed. 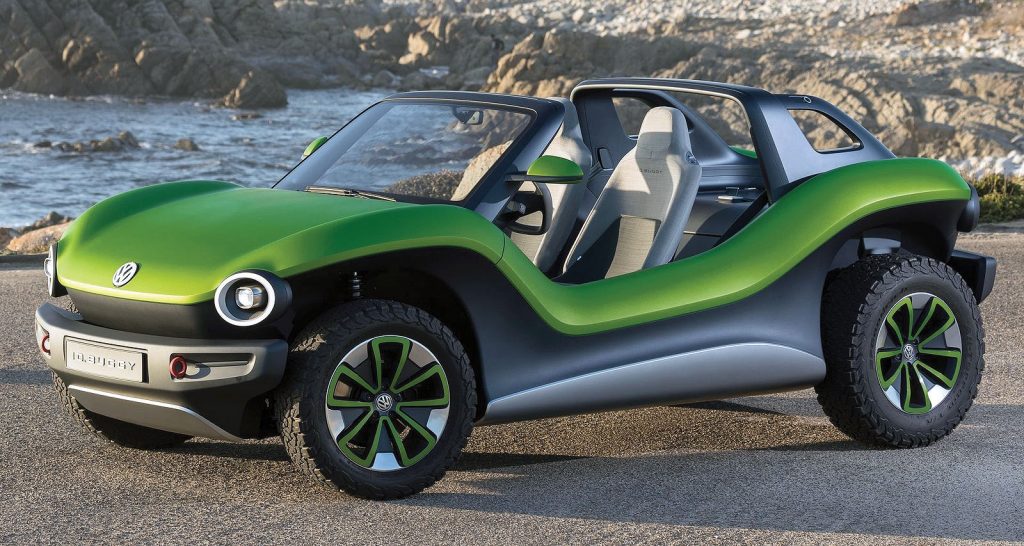 The Internet is alive with buzz about Volkswagen trademarking the e-Thing name. Could there be a new electric vehicle based on the ID Buggy concept, pictured?
PHOTO: VOLKSWAGEN

Will Volkswagen actually add a dune buggy to the lineup?

Jeep to add a larger luxury model based on the Ram pickup platform:

Nissan changes for 2021 are wide-sweeping: