That’s the scuttlebutt from The Spy Guy’s intel gatherers. They’re hearing that parent company BMW will reduce the number of Mini models in a couple of years to just the current two-door Mini Cooper and the larger Mini Countryman, both of which will use battery-electric power exclusively. For 2020, a Mini Cooper SE electric is expected to join the group. There’s also word that two-seat all-electric coupe called the Mini Rocketman, which was recently viewed in concept form, could possibly join the lineup. If true, that could displace the Mini Cooper four-door and convertible as well as the Mini Clubman wagon. At this point it appears that the current Mini lineup will be maintained at least through to the 2021 model year. 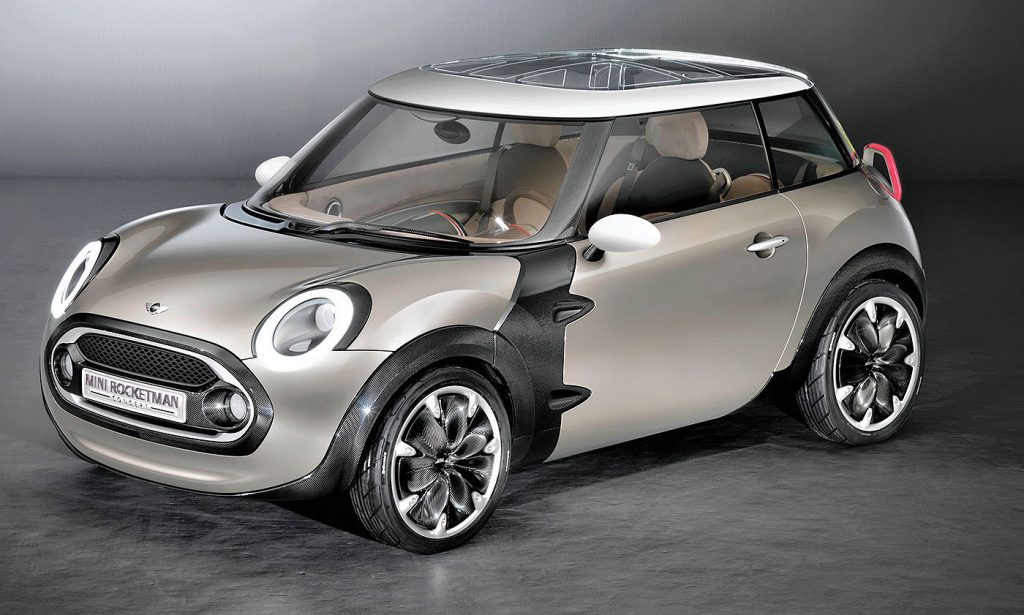 Major changes are afoot at Mini with electrification and the potential of a new Rocketman model (concept pictured) that could displace some other Mini models. PHOTO: MINI