The Sleuth was taken somewhat aback after hearing that the Japan Aerospace Exploration Agency (JAXA) is collaborating with Toyota to design a vehicle that can operate on the Moon. Unlike NASA’s lunar rover that was used back in the early 1970s, this module will be capable of carrying two astronauts (four in an emergency). The vehicle’s pressurized environment will allow everyone aboard to travel without wearing space suits. Size-wise, the six-wheel off-earth Toyota measures 20 feet long, 17 feet wide and 12.5 feet tall. It will also have a whopping 6,200-mile range and employ a fuel-cell propulsion system that converts elements such as hydrogen or oxygen into electricity. JAXA’s plan is to send teams to the moon using a NASA rocket beginning in 2029. 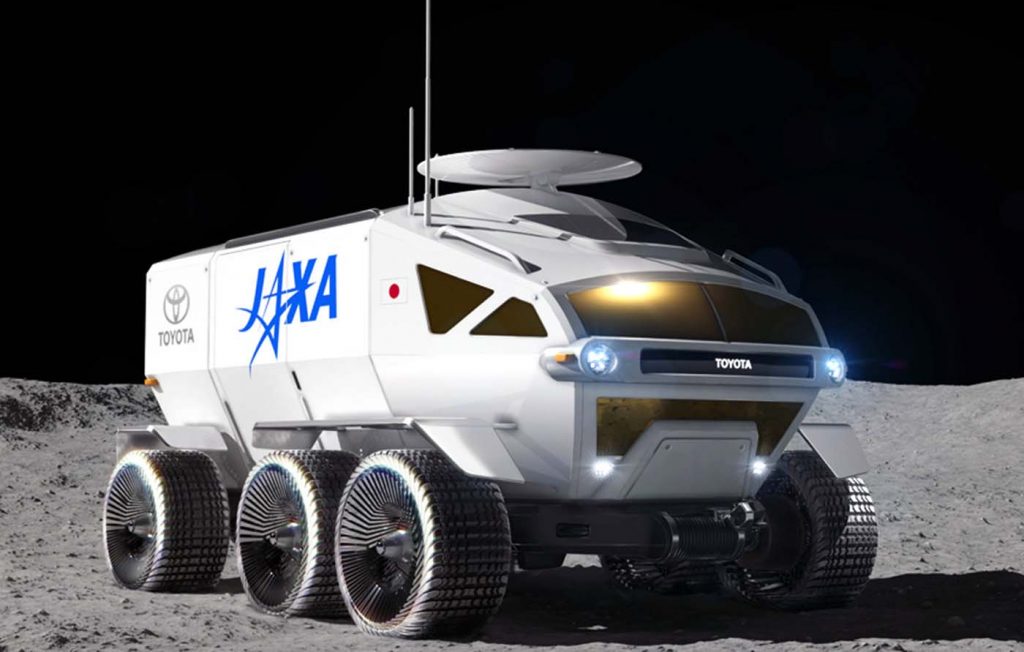 This Toyota concept would have a projected range of 6,200 miles, almost enough to drive around the 6,800-mile equatorial circumference of the moon. PHOTO: JAXA/TOYOTA