The Sleuth was blown away after ogling the Toyota FT-4X concept at the recent New York International Auto Show (April 14-23). The boxy show car displays elements of past iconic FJ models, but is smaller and more fashionable with the latest in connectivity. The FT-4X’s most noticeable design element is an oversized circular rear handle that rotates in one direction to open the hinged rear doors, or in the opposite direction to open a one-piece liftgate. The load floor also slides outward for easy loading/unloading or for use as a seat. There are also plenty of latches and hooks inside and out for securing a variety of gear. Whether this millennial-focused rolling tool box makes it to market remains to be seen, but FT-4X gets two thumbs way up from The Spy Guy. 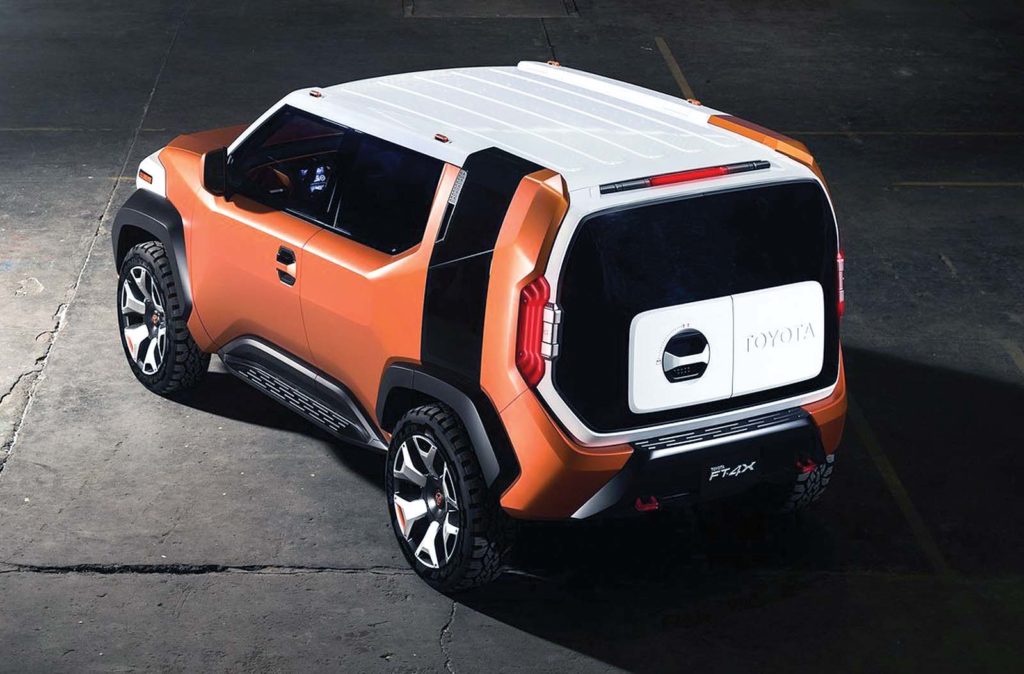 The Toyota FJ has been discontinued, but perhaps the FT-4X concept shows what a replacement might look like. (PHOTO: TOYOTA)

Taking on all Challengers:

Ram goes after the Raptor: