The Sleuth’s operatives have sniffed out some details concerning the automaker’s popular compact sedan and hatchback. Although the design of the two models remains literally under wraps, it’s what sits under the hood that’s most intriguing. Word has it that the 2.0-liter powerplant will be the first of what Mazda calls the SkyActiv-X. This extremely high-compression gasoline engine’s combustion occurs without the need for a spark, which is similar to how a diesel engine works. As a result, Mazda feels that a 20-percent improvement in fuel economy with the SkyActiv-X engine is realistic. The Spy Guy further speculates that greater savings could be realized if the engine was part of a hybrid powertrain. 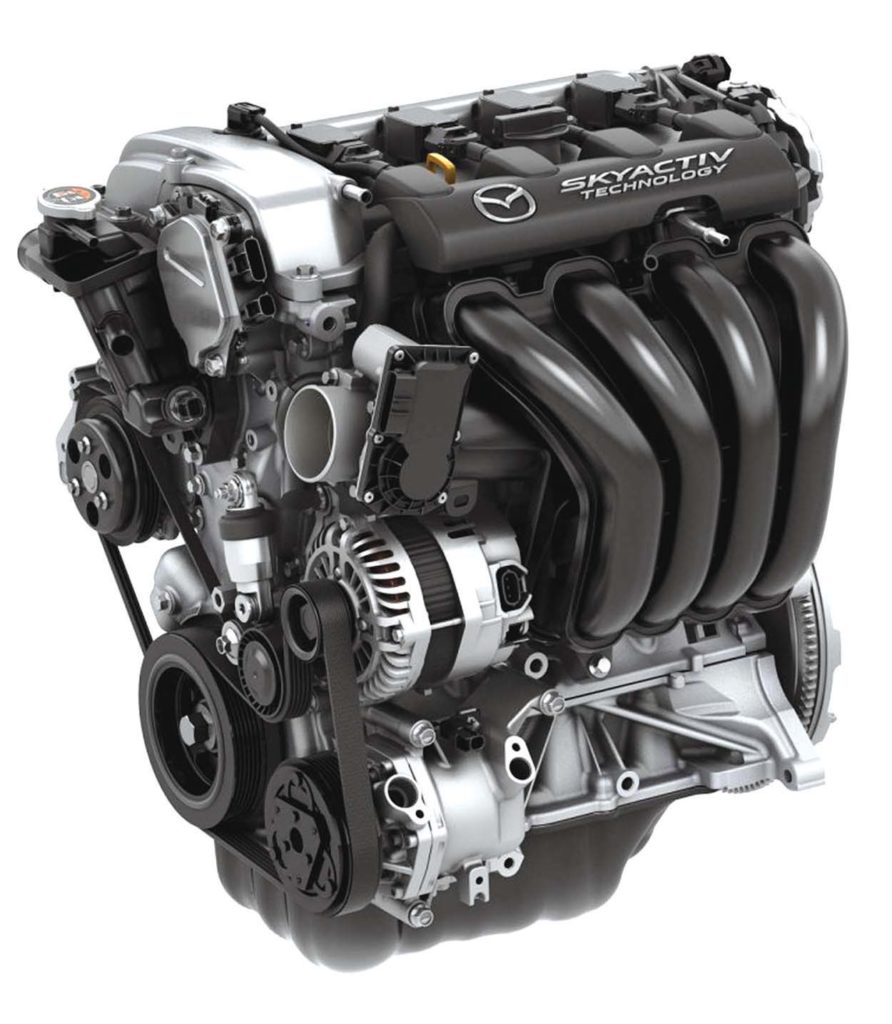