In case you missed it, Ford unveiled the 2021 Mustang Mach E, which is a four-door electric utility vehicle with a few key Mustang styling cues. Appropriating the Mustang name won’t garner approval from many fans of the brand who were likely hoping for something akin to the Mustang Lithium concept coupe that looks similar to regular ’Stang, except for an electric motor said to produce 888 horsepower and 1,000-pound-feet of torque. The Lithium’s six-speed manual transmission directs power to the rear wheels. None of that will be available with the Mach E that appears as much like a Mustang as a Chevrolet Blazer resembles a Camaro. The Mach E will be available in 230-, 270- and 300-mile range variants, arriving in late 2020 with a mid-$40,000 base price. Buyers can place a $500 deposit to get on the reservation list. 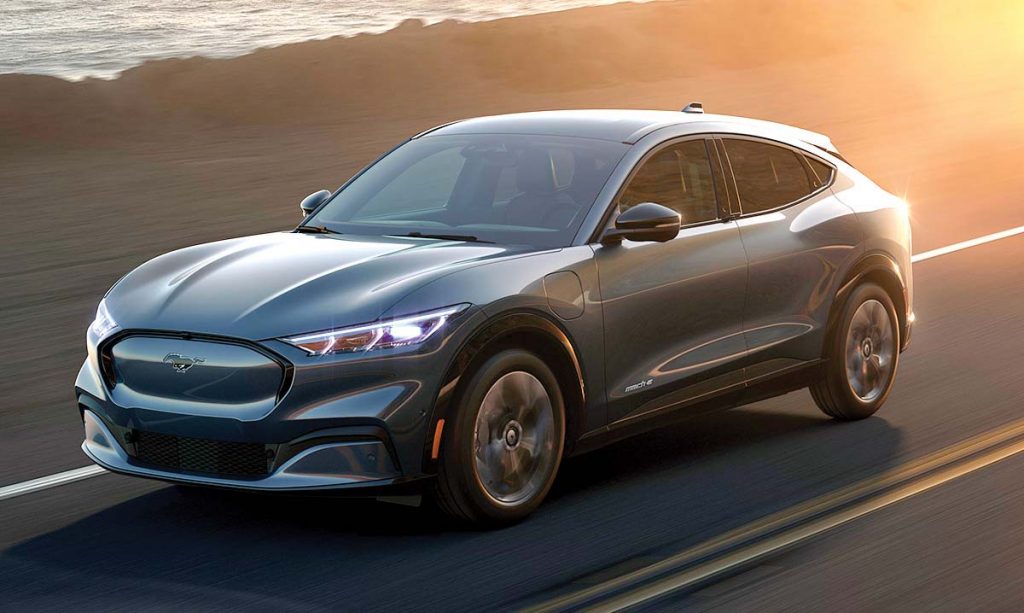