The Sleuth was shocked (pun intended) when Tesla founder Elon Musk unveiled the new Roadster at a launch event for his company’s electric transport truck. To put it mildly, the all-wheel-drive two-seat Roadster stole the show. Using three electric motors (one for the front wheels and one for each rear wheel), the Roadster will reportedly accelerate to 60 mph from rest in 1.9 seconds, it will hit 100 mph in 4.2 seconds and breach the quarter-mile mark in 8.9 seconds. That easily makes it the world’s quickest production car. The top speed is ‘over 250 mph.’ If those stats aren’t incredulous enough, Musk claims that the Roadster’s range is 620 miles on a full charge of the 200-kilowatt-hour batteries. Initial pricing will start at $250,000 for the 1,000 ‘Founders Series,’ but drops to $200,000 following the 2020-model-year launch. 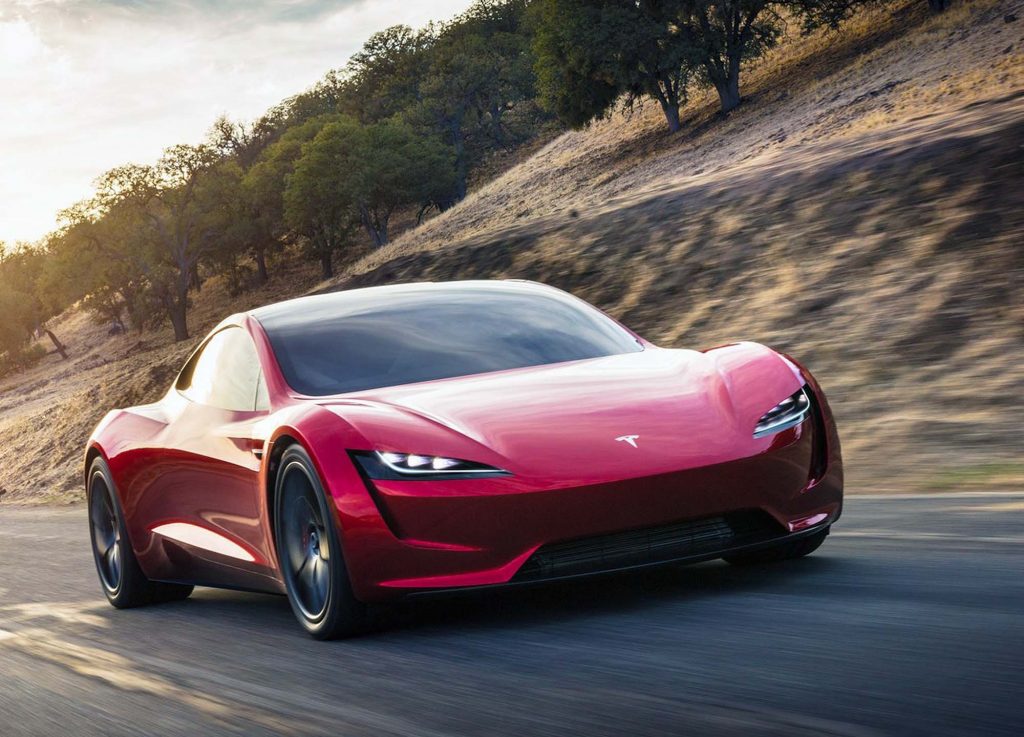 The Tesla Roadster would be the quickest production car ever built, and it burns no fuel. (PHOTO: TESLA)

GMC makes tracks for the mountains: