The Sleuth thinks you might be tempted after a close-up look at the Bollinger B1. This two-door off-roader looks like a 1950s-era Land Rover, only much plainer. But the beauty of the Bollinger B1 is that it doesn’t burn fossil fuel. Instead, the utility vehicle uses twin electric motors (one for each axle) that are claimed to generate a combined 360 horsepower and 472 pound-feet of torque through a two-speed (high- and low-range) controller. The battery pack is located beneath the body. A maximum range of up to 200 miles is claimed, with a towing capacity of 6,000 pounds. And for tackling the rough stuff, there’s 15.5 inches of ground clearance. The New York-state-built B1 is expected to enter production in early 2019 at an estimated base price in mid-$40,000 range. 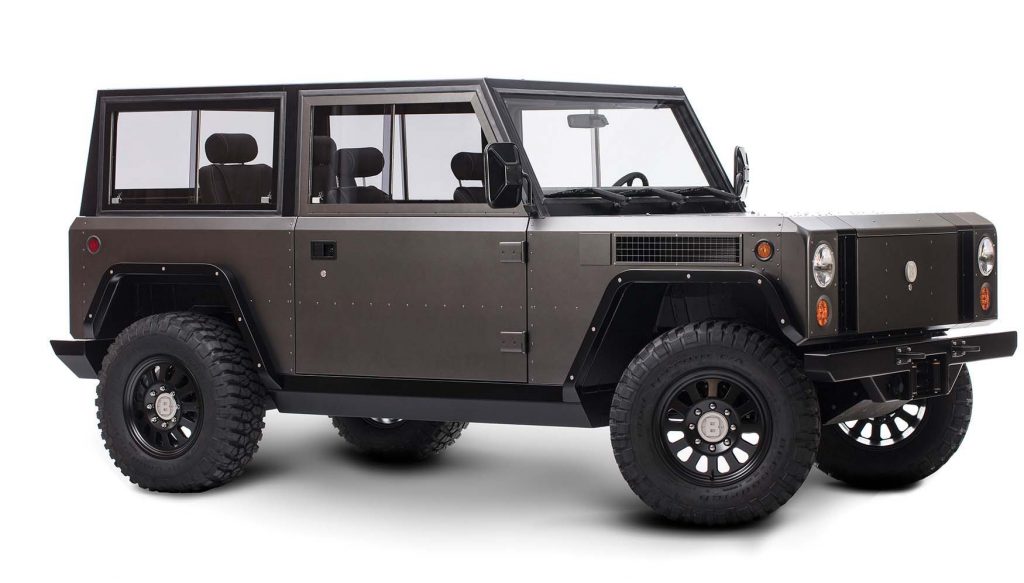 It doesn’t get much plainer looking than the Bollinger B1. The electric drivetrain is the real draw for off-roading. (PHOTO: BOLLINGER)

GMC makes tracks for the mountains: