Among the evolving hot categories is the midsize-pickup segment, especially since Ford is bringing back the Ranger nameplate following a long absence. Hyundai teased truck buyers with a Santa Cruz small truck concept in 2015 and now The Sleuth’s sources hear that it — or something quite similar — is definitely production-bound for the 2020 model year. What’s more, the related Kia brand is expected to have its own pickup a year or two following the launch of the new Hyundai. The Santa Cruz is expected to stick with the sport-truck theme, which means it will come only in extended-cab format, while Kia’s version would use the same platform but likely have totally different look. Both trucks would share the same powertrains that would likely include turbocharged four-cylinder and hybrid drive systems. 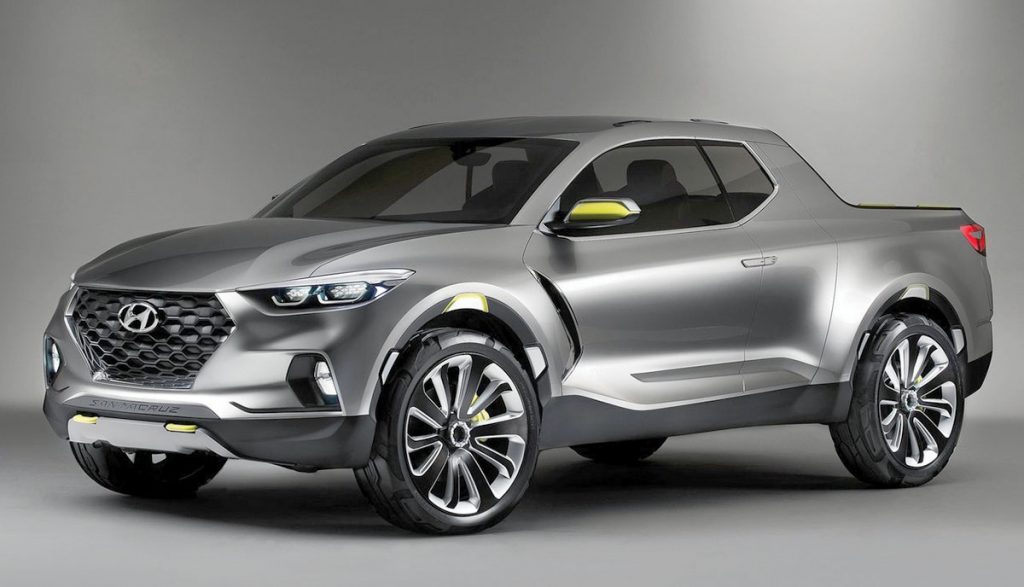 The production Santa Cruz will likely be a much tamer version of this show vehicle, but the most important thing is that the automaker will finally have a truck in the lineup. PHOTO: HYUNDAI