The Sleuth likes what Ford is doing with its iconic pony car, although he wonders why it wasn’t revealed during the two press days preceding the official opening of the recent North American International Auto Show in Detroit, Mich. Instead, Ford staged a surprise unveiling during the public show days in Detroit (along with simultaneous reveals in New York City and Los Angeles, Calif.), long after about 5,000 traditional news and social-media attendees from around the world had departed. Along with interior, exterior and suspension adjustments, the base 300-horsepower V-6 will be replaced by the previously optional turbocharged 310-horsepower 2.3-liter four-cylinder (currently selected by about 40 percent of Mustang buyers). An updated 5.0-liter V-8 remains optional. Each will be mated to a six-speed manual transmission, or newly available 10-speed automatic that replaces the previous six-speed. Both coupe and convertible ‘Stangs arrive this fall. 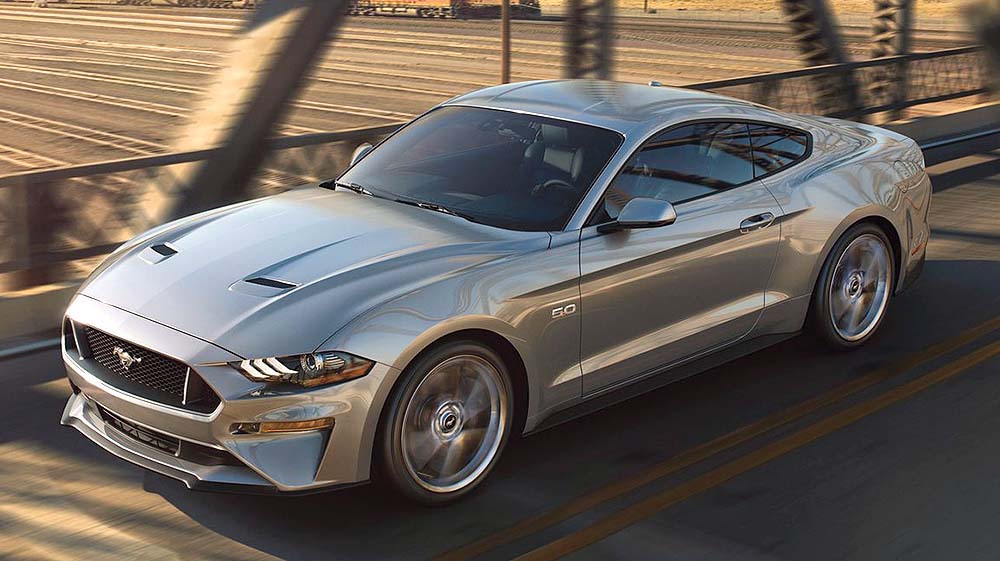 The biggest change to the 2018 Mustang will be under the hood, as the base V-6 engine will be replaced with a turbocharged four-cylinder. (PHOTO: FORD)