The Sleuth’s operatives report that the automaker’s two performance sedans will be significantly altered for the 2021 model year. The base WRX is rumored to receive a new turbocharged 1.8-liter four-cylinder engine that replaces the current 2.0. Although smaller in displacement, the new engine is expected to generate more than the current 268 horsepower, possibly with assistance from an electric motor. Fans of the WRX STI are in for a treat: A 2.4-liter turbocharged four-cylinder that’s said to produce 400 horsepower and 361 pound-feet of torque. That’s way up from the current 310 horses and 290 pound-feet. Both the WRX and STI offshoot will receive unique styling based on the four-door Viziv Performance concept car. The plan is to further separate the new WRX models from the Impreza upon which they’re based. 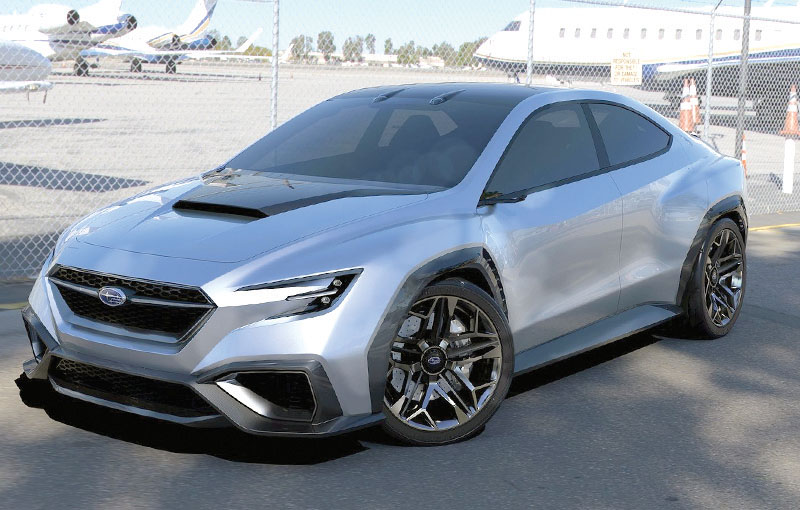 The new WRX and WRX STI will take their styling cues from the Viziv concept vehicle, pictured. PHOTO: SUBARU

Finally some competition for the Audi Allroad and XC Volvo models: