Nearly all vehicles sold by the Japan-based automaker have enjoyed rousing success over the past decade, but the seven-passenger Tribeca wagon that disappeared after the 2014 model year wasn’t one of them. However, according to The Sleuth’s sources, Subaru will give it another go with the 2018 all-wheel-drive Ascent (its current working title) that’s expected here as early as this fall. Clues as to the Ascent’s looks were revealed last November at the Los Angeles Auto Show in the shape of the Subaru VIZIV-7 SUV Concept. That vehicle’s bold look will be visible on the Ascent, but modified (toned down) a bit. Subaru’s 3.6-liter six-cylinder engine will handle the propulsion, but a hybrid drivetrain is also possible option, at some point. 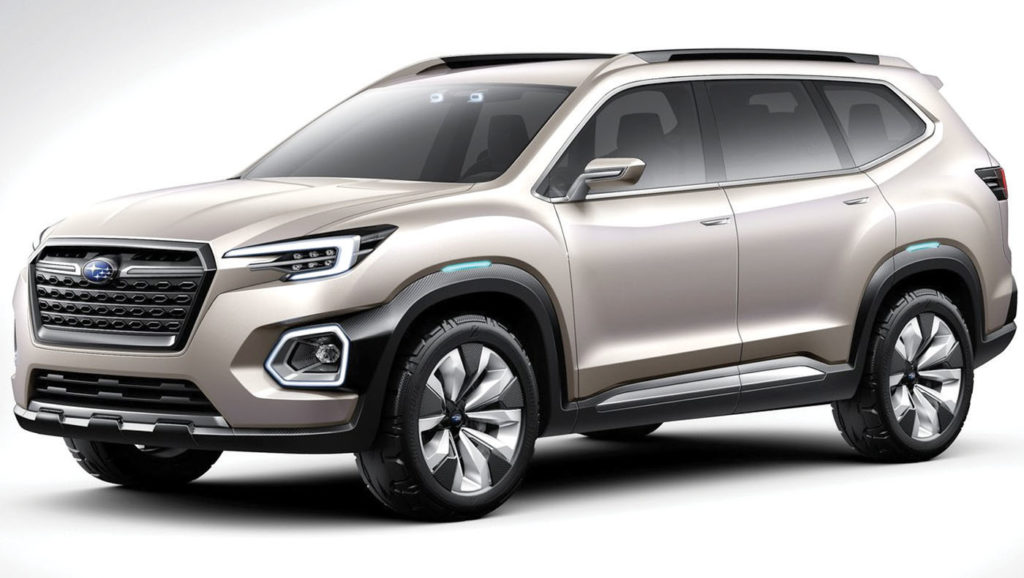 The Tribeca was never the hot seller it should have been, so Subaru is headed back to the drawing board. (PHOTO: SUBARU)

C-HR does not bridge the gap between Corolla and RAV4: