The Spy Guy caught wind of a major development that affects Subaru’s entire lineup. A new global chassis will be scalable so that it can be used for a variety of vehicles as well as for gasoline-, hybrid- and electric-powered models. In addition, the platform is between 70 and 100 percent more rigid than current versions for improved ride and handling plus a lower center of gravity. As a bonus, the design provides significantly better energy absorbency during an impact. Subaru says that the complementing front and rear suspensions will reduce body roll (leaning) by 50 percent. The Sleuth thinks that the next-generation Impreza and Crosstrek (expected in about a year) will be the first Subaru models to use the new platform. 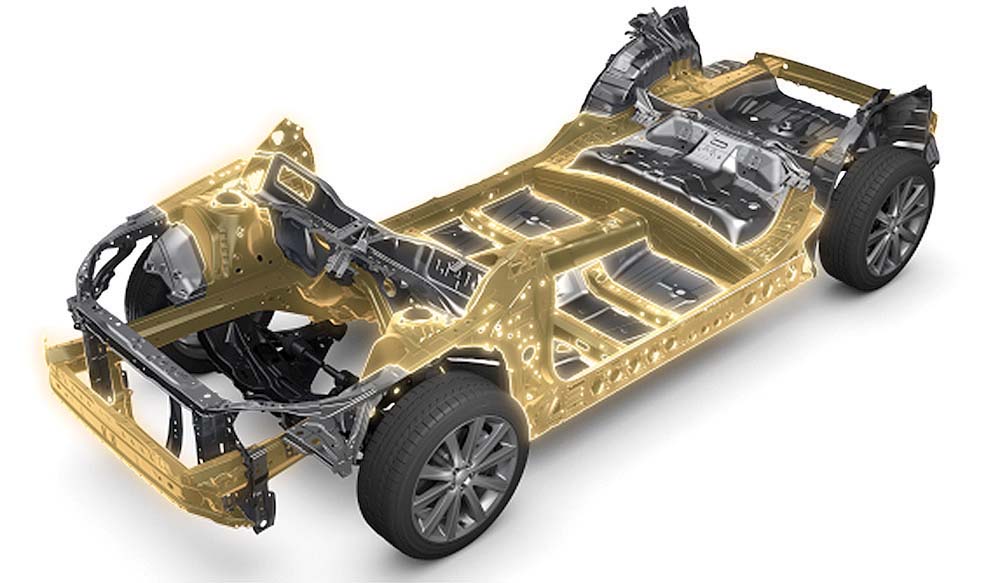 A new scalable platform from Subaru is significantly stronger that what the company currently makes.

A new Mazda that’s not so square: