The annual CES event in Las Vegas, Nev., which recently wrapped up, is where automotive- and auto-related exhibitors (among many others) demonstrate their latest high-tech hardware and software. Among them was Sony, which unveiled its Vision-S electric concept sedan, leaving the The Sleuth gob-smacked. That’s because it’s a real car made by independent vehicle-and-component manufacturer Magna Steyr of Austria. The Toyota Camry-sized Vision-S’s two electric motors combine to produce 268 horsepower and can launch the car to 100 km/h (62 mph) in 4.8 seconds. Among the Sony-develop content is the 360 Reality Audio system with speakers embedded in the seats. Sony also had a hand in the car’s semi-autonomous driving system that includes 33 sensors that monitor people and objects both inside and outside the vehicle. 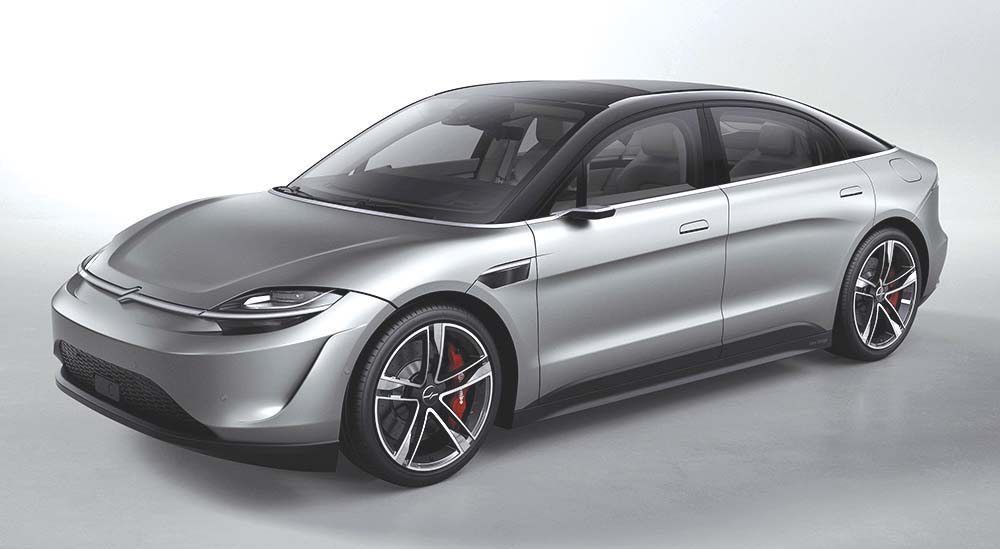 Who would have thought that Sony — inventor of the Betamax video recorder and the Trinitron TV tube — would unveil an electric car. Meet the Vision-S concept sedan. PHOTO: SONY