The Spy Guy’s intel team has confirmed that the automaker will introduce the electric i4 sedan, replacing the smaller i3, and is slated to enter production in 2021. It will join the equally new 4-Series coupe and four-door Gran Coupe that arrive ahead of it. Other than the electric drivetrain, the i4’s most prominent feature is an oversized kidney-shaped grille. But instead of drawing in fresh air, it will house the i4’s dynamic-safety and semi-autonomous-driving sensors. An integrated rear spoiler is part of an aerodynamically shaped rear end. The cabin design is highlighted by a long, narrow curved screen, which displays and controls all key vehicle functions. The i4’s modular platform houses the battery and motor that BMW claims produces 530 horsepower and will launch the car to 60 mph from zero in 4.0 seconds. The range is claimed to be 360 miles. Pricing has yet to be announced. 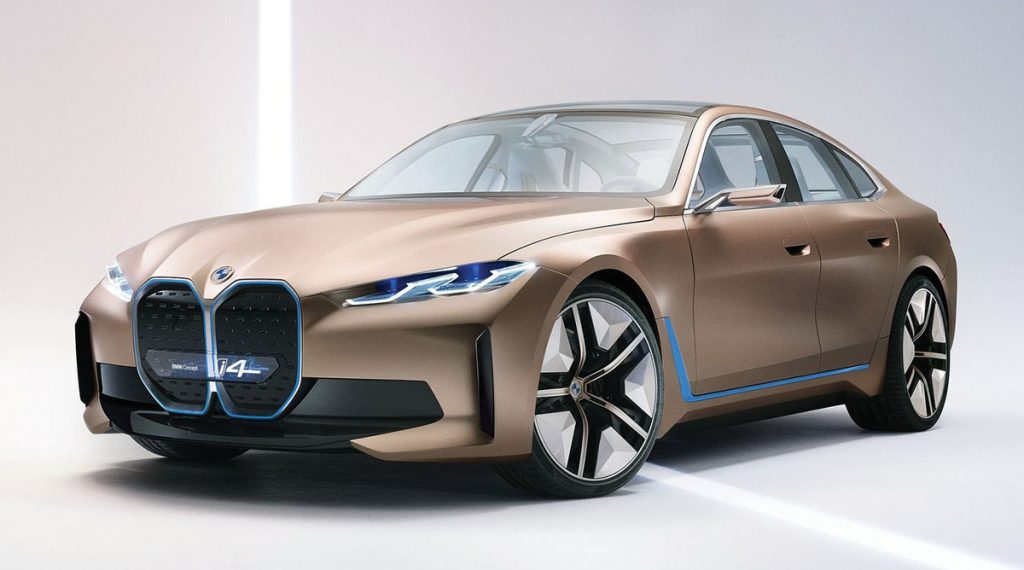 The i4 is much stronger and has greater range than the i3 model it replaces. PHOTO: BMW