Few scoops escape The Sleuth’s eyes and ears, but he was caught off guard with news that General Motors’ Lordstown, Ohio, factory — which until recently produced the Chevrolet Cruze sedan — will be repurposed to turn out electrified vehicles. The manufacturer, Workhorse Group of Cincinnati, Ohio, plans to build a full-size four-door pickup, called the W-15, within the next year or so. The vehicle has a 460-horsepower electric motor and a lithium-ion battery pack. A backup gasoline engine/generator will recharge the batteries once the truck’s 75-mile electric range has been used up. According to Workhorse’s stats, the W-15 will have a 2,200-pound payload capacity and the ability to tow up to 5,000 pounds. From the Lordstown facility, Workhorse will also turn out delivery vans and eventually drones for delivery-company UPS. 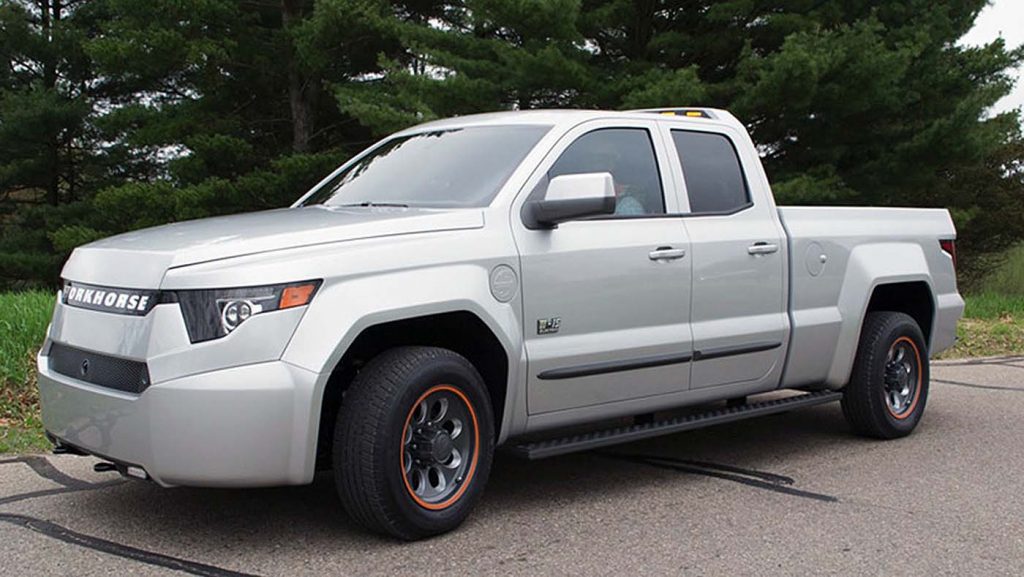 Workhorse Group’s W-15 pickup has a 460-horsepower electric motor capable of towing up to 5,000 pounds, possibly answering the question of whether an electric pickup can really be a “workhorse.”   PHOTO: GENERAL MOTORS