Where does the time go? The Sleuth finds it hard to believe that it has been a half century since the original 240Z arrived on our shores. He’s happy to report, however, that a new Z that was recently displayed in near-finished form called the Z Proto will arrive sometime next spring as a 2022 model. Likely to be labeled the 400Z, the hatchback coupe’s design is influenced by the original Z, especially from the front and sides, while the rear end appears inspired by the 300ZX from the 1990s. A twin-turbocharged 3.0-liter V-6 originally developed for the Infiniti Q50 and Q60 models is standard in the 400Z (Nissan is the parent company of Infiniti), as is a six-speed manual transmission. The Sleuth wonders, with much attention lavished on the new Z, what lies ahead for Nissan’s extra-strength GT-R coupe. 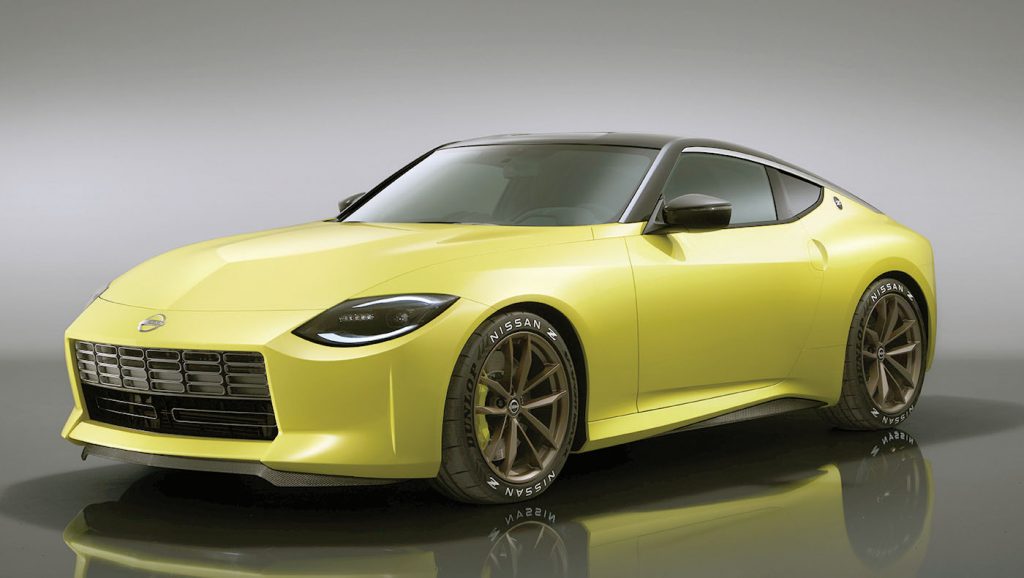 A new Nissan Z model will take a few styling cues from the original.
Output is expected to be around 400 horsepower: PHOTO: NISSAN

GM does some more partnership wheeling and dealing:

A new VW’s utility arrives for the 2022 model year: