The Spy Guy’s take on BMW’s newest “sport activity vehicle” is that it’s a bolder, better model than the previous generation. Most noticeable is an enlarged version of BMW’s grille that also sits quite upright. The new platform that was originally developed for the automaker’s big 7-series sedan gives the X5 a longer, lower and wider look and very likely more space for occasional third-row-seat passengers. Turbocharged inline six-cylinder and V-8 models, producing 335 and 456 horsepower respectively, will be offered, each with standard all-wheel-drive. A plug-in hybrid option will follow, plus a more potent X5 M model. Pricing is expected to start in the $60,000 range when it goes on sale in November. 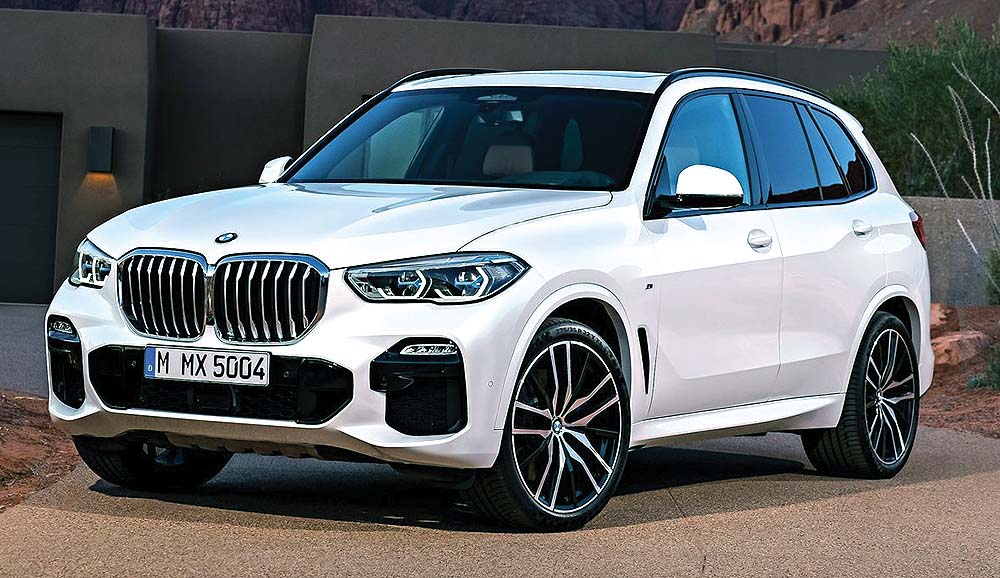 The new X5 is shaped more like a wagon than a hiked-up off-roader. (PHOTO: BMW)