The Spy Guy thinks that crossover “coupes” are about to become mainstream. The movement began a few years back with the BMW X6 (a fastback version of the X5) and has gradually spread to other high-end models from Mercedes-Benz and Audi. It now appears, however, that VW will introduce a similar version of its Atlas tall wagon, called the Atlas Cross Sport. Although only about three inches shorter than the Atlas, the Cross Sport seats five passengers in two rows of seats (one row less than the Atlas), mainly due to the headroom-reducing sloped roofline. A turbocharged four-cylinder and optional non-turbo V-6 engines will be offered as well as front- and all-wheel-drive. If the Cross Sport works out, can hatchback versions of the Honda Pilot or Toyota Highlander be far behind? 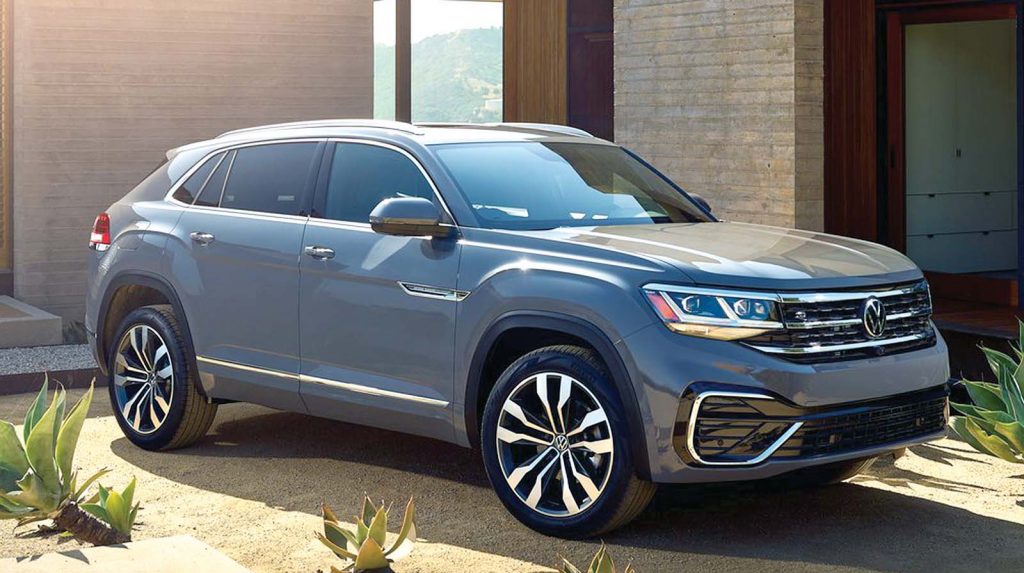 Compared with the regular VW Atlas, the Atlas Cross Sport is about three inches shorter and the roofline is more sloped, which means there’s no third-row seat. PHOTO: VOLKSWAGEN

Is the Mustang GT becoming redundant?