More utility vehicles are on the way:

The move away from traditional sedans and into tall wagons seems more like a thundering stampede, so sayeth The Sleuth. Among the list of newbies is the Audi Q8 (which trumps the Q7 in size) that will arrive in 2018 packing a 354-horsepower turbocharged 3.0-liter V-6. A plug-in gasoline-electric hybrid model is also planned. Also coming is the Volvo XC40 compact utility vehicle with a smaller size and price tag than the XC60. It will reportedly spawn a less-expensive version from Lynk & Co, which is an emerging brand from Geely of China that’s heading this way next year. Geely owns Volvo. Other all-new designs include the 2018 Subaru Ascent, Alfa Romeo Stelvio, Mitsubishi Eclipse Cross, Range Rover Velar, Jaguar E-Pace and Nissan Rogue Sport. At the ultra-premium end of the utility spectrum is the forthcoming Bentley Bentayga, Lamborghini Urus and Rolls-Royce Cullina. 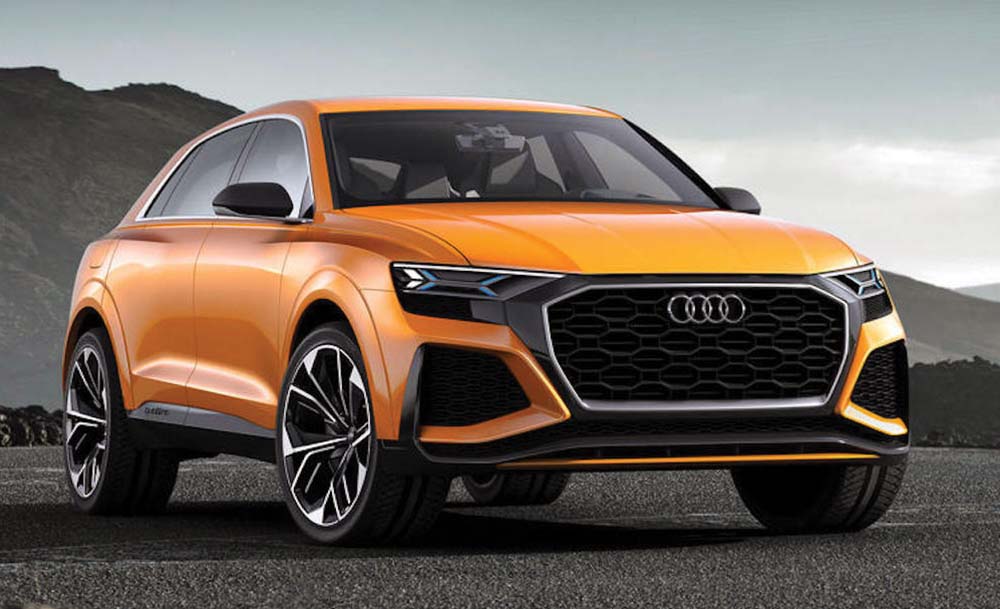 The Audi Q8 is one of many new tall wagons to arrive for the 2018 model year. It comes with a turbocharged V-6 engine making 354 horsepower. (PHOTO: AUDI)

More utility vehicles are on the way:

BMW hints at a new and smaller model heading our way: