The Spy Guy congratulates the Japan-based automaker for finally jumping into the electric-vehicle pool (or onto the electric-vehicle grid) with a battery-powered model dubbed the MX-30. The recently displayed compact hatchback comes with a driver’s side mini rear door, similar to what was found on the previous-generation RX-8 that retired after the 2011 model year. The MX-30’s power system consists of an electric motor fed by a lithium-ion battery pack located beneath the floor. It’s rated at 141 horsepower and 195 pound-feet of torque. Maximum range is estimated at a modest 130 miles, but that can be extended with the addition of a rotary engine that generates power directly to the battery when needed. That is likely the only version that will be sold in North America when the MX-30 goes arrives in calendar-year 2020. 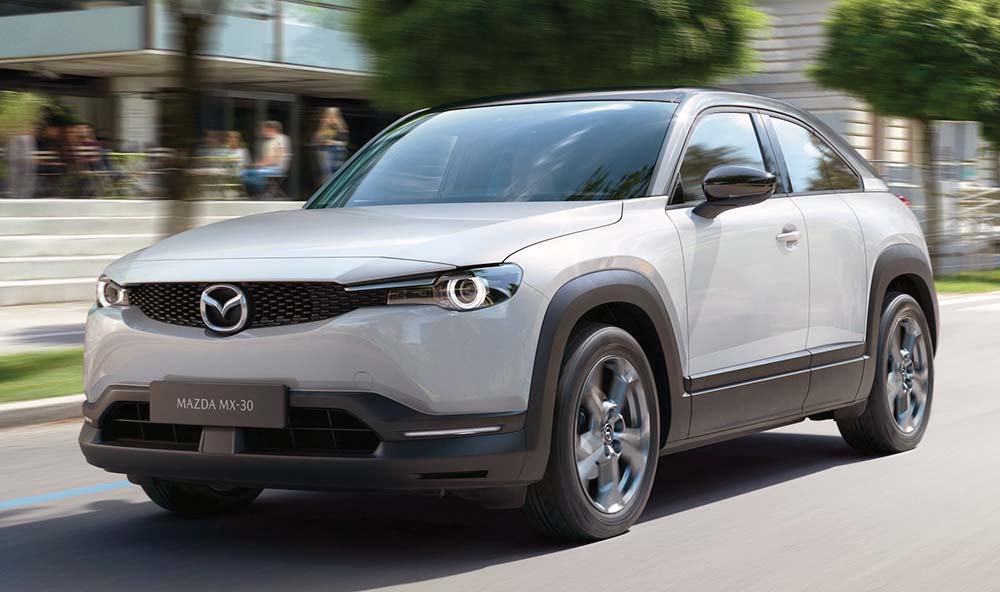 When the Mazda CX-30 arrives in the United States, it will likely be equipped with an auxiliary gasoline-powered electric generator to provide a boost in range. ILLUSTRATION: MAZDA

Nissan has a new electric car in the works: