Mazda creates an EV, but not for North America:

The Sleuth confirms that the Japan-based automaker will introduce its first battery-electric model to its home country plus the European continent. However there’s some confusion regarding the launch of the MX-30 in North America. It seems that the battery’s 124-mile range — far less than competing electrics — is insufficient for U.S. and Canadian driving needs. Instead, a gasoline-electric hybrid MX-30 is expected here sometime in 2021. The system consists of a 2.0-liter four-cylinder plus an electric motor that assists the gasoline engine, but does not operate independently from it (referred to as a mild hybrid). The MX-30 is roughly the size of the Mazda CX-30 utility vehicle, but comes with two smaller rear doors for accessing the rear seat. 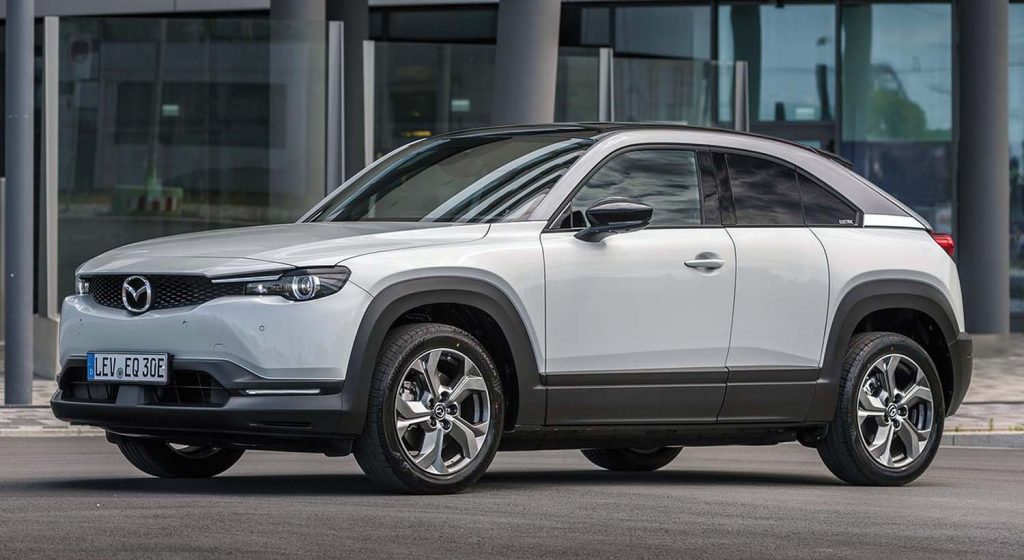 Mazda creates an EV, but not for North America: