British MG (for Morris Garages) roadsters from the 1930s to the late 1970s have become prized collector items. Fans of the brand can now wear replica MG grilles on their wrists in the form of a MeisterSinger watch. It features a silver case with a stylized grille in honor of the MG TD, which was a roadster produced from 1950-’53. Also featured is MG’s slogan “Safety Fast” on the stainless-steel face. The available watch models include the Abingdon (named for MG’s plant locale in England), the Cecil Kimber (one of MG’s early managers) and a third version done up with a cream-colored face. Each watch sells for £1,405, or about $2,200. Purchase online through www.motoringclassics.co.uk. 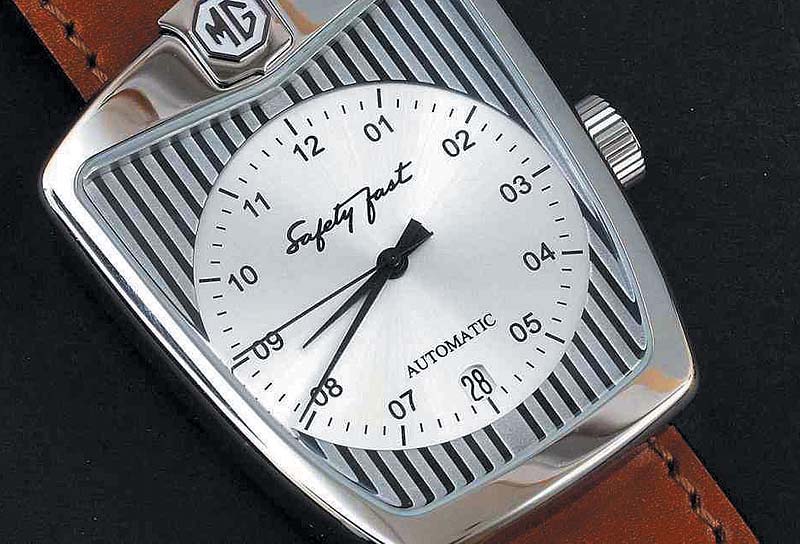 Track your vehicle for up to two weeks