When it comes to headlights, what was once unimaginable is about to become reality. The Sleuth hears that a special Audi R8 V10 Plus Exclusive Edition (limited to 25 examples) will use lasers for high beams, while LEDs will be used for low beams. Along with lower energy consumption, the laser beams can project nearly an eighth of a mile (about 650 yards), which is double the range of LEDs. As with most new technologies, laser headlights are likely to join a range of active-safety technologies first introduced to high-end vehicles (in this case a $230,000 sports car). Eventually, laser headlights will trickle down to less-expensive vehicles as mass production/higher volumes makes them more affordable. 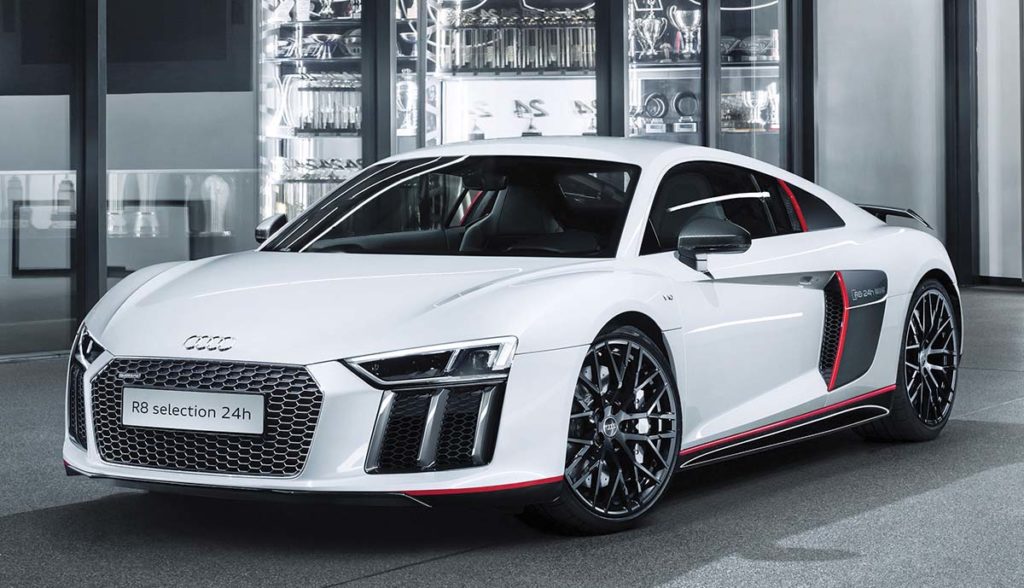 A special version of the Audi R8 will come with laser-beam headlights that project about twice as far as LED headlights. (PHOTO: AUDI)