The Sleuth notes that one of the automaker’s more affordable four-wheel-drive models receives some significant changes for the upcoming model year, most noticeably the revised front and rear sheetmetal. Unseen is a new platform, which also underpins the Land Rover Range Rover Evoque, that’s claimed to be stiffer by 13 percent. The Disco Sport also gets an updated interior with a new steering wheel, a 10-inch touchscreen, and an available camera located beneath and ahead of the engine that shows ground objects to the driver (handy for off-roading). A 246-horsepower four-cylinder is standard, but optional is a mild-hybrid that adds a 48-volt electric motor/generator for a total of 296 horses. Expect it later this year with a base price beginning in the low-$40,000 range. 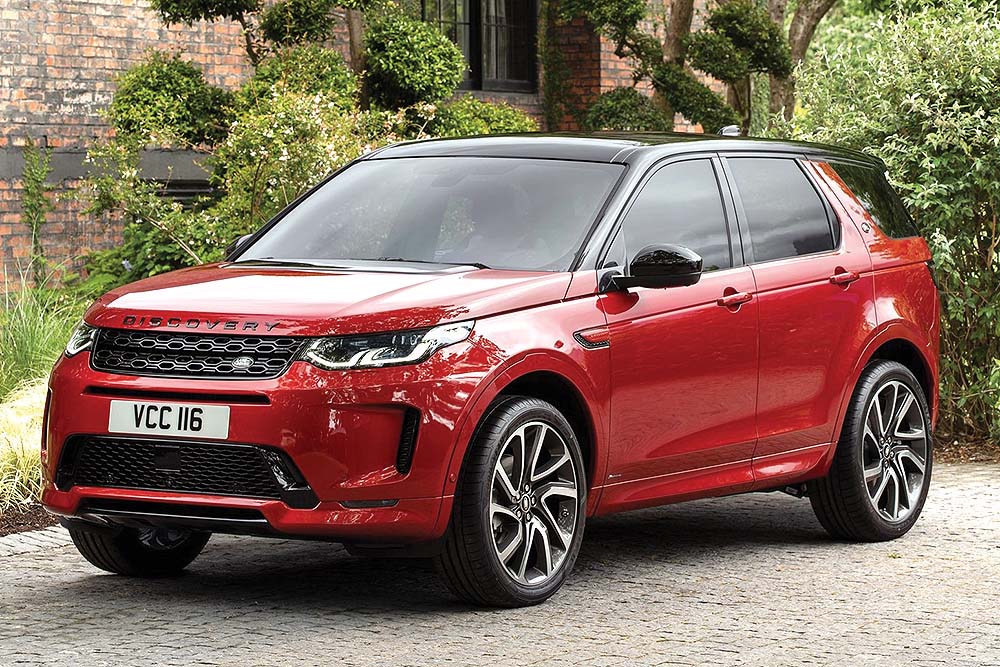 The new Discovery uses a platform that’s shared with the entry-level Evoque model. A mild-hybrid version (an electric motor assists the four-cylinder engine) will be offered. PHOTO: LAND ROVER