The Sleuth’s sources have confirmed that the oldest member of Land Rover’s lineup, the LR4, will retire at the end of 2016 and be replaced by the return of the Discovery. Note that the Discovery is not to be confused with the Discovery Sport, which remains in service. As with the LR4, the 2017 ‘Disco’ will have three rows of seats (seven-passenger capacity), but its aluminum platform that replaces the LR4’s body-on-frame chassis will likely result in a drop of 700-800 pounds. There’s no word yet as to powerplant choices, but Land Rover’s 240-horsepower four-cylinder gasoline engine and the180-horse 2.0 turbo-diesel are possible, as is an all-new inline six-cylinder. Design-wise, the new Discovery closely resembles the Discovery Vision concept that made its rounds on the auto-show circuit in 2014. Pricing is expected to start in the low- to mid-$50,000 range. 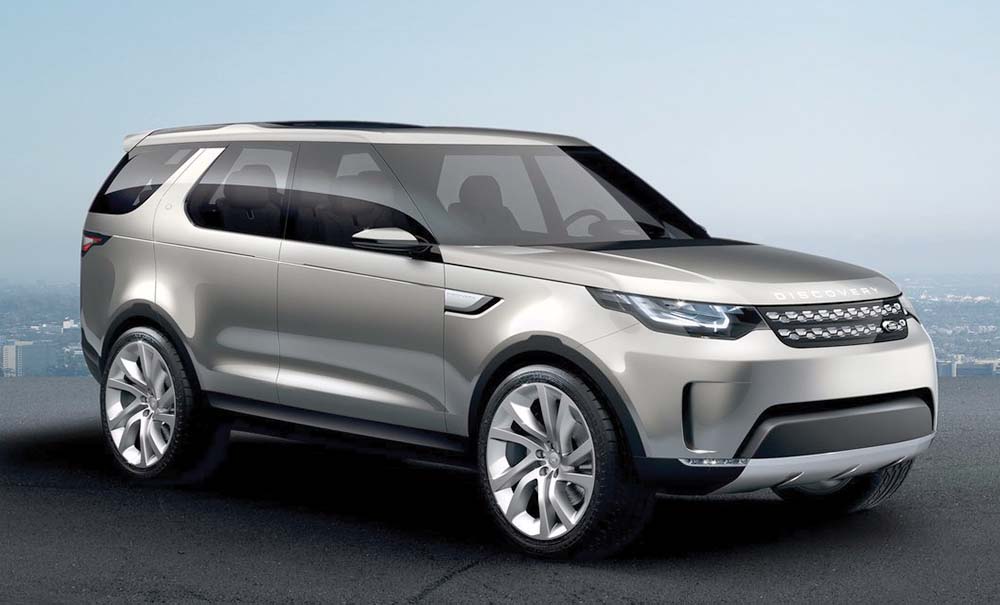 The replacement for the LR4 will take its styling cues from this Discovery Vision concept vehicle. (PHOTO: LAND ROVER)

Audi dresses a brand new luxury model to the ‘9s’: