Now that Hyundai’s subsidiary is adding a premium sports sedan to the stable (the Stinger), The Sleuth’s sources are reporting that Kia will also introduce a full-size utility wagon with three rows of seats. It’s expected to arrive by the first quarter of 2019 as a 2020 model. Word also has it that the vehicle will be based on the Kia Telluride concept vehicle that made the auto-show circuit in 2016. Ostensibly a replacement for the very short-lived Borrego that was launched for 2010, the Telluride will join a glut of similar models. The concept Telluride is equipped with a hybrid power team, including a 3.5-liter V-6 combined with an electric motor for an estimated 400 horsepower. Apparently there’s a strong possibility that a turbo-diesel engine will also be available. 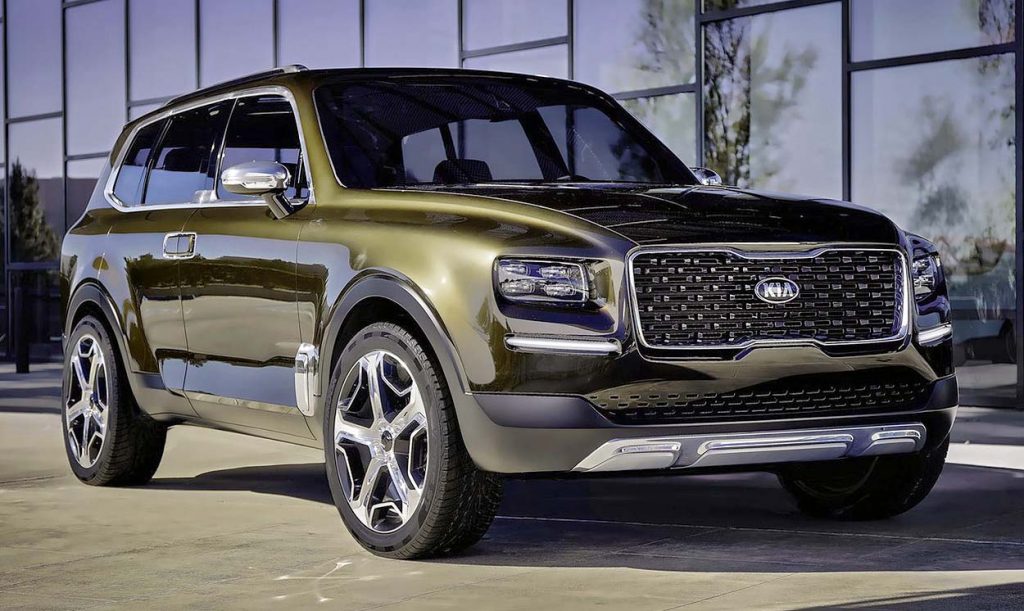 A new Kia wagon with three rows of seats will reportedly take its styling cues from the Telluride concept, pictured.(PHOTO: KIA)