For the past 25 years, B.R.M. (the initials stand for Bernard Richards Manufacture and not the British Racing Motors team from the mid 1950s) has been producing watches with a focus on racing. From its factory in France, the company makes about 2,000 timepieces a year. One of its limited-production models (just 100 pieces) is the BRM BT6-46 Gulf watch. Made using mostly titanium, the 46-millimeter watch features the colors of the Gulf Oil Company that was the primary sponsor of the GT-40-based Mirage and Porsche’s 917 racing teams from the 1960s and ’70s. That theme carries through to the watchstrap that’s made from seat-belt material. The BRM Gulf watch sells for $4,545 at www.exquisitetimepieces.com. 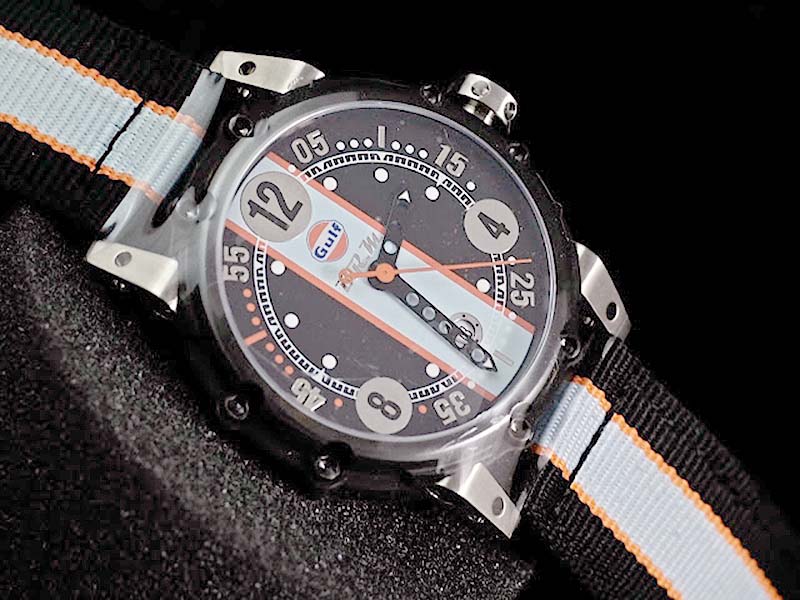 Sit your seat in a classic seat