That appears to be a definite yes, although Honda’s premium division is tight-lipped about what form the vehicle will take. Only a teaser image has been released by the automaker at this time. The original Integra two- and four-door models were sold in North America from 1986 until 2001, when they were replaced by the RSX coupe. It seems most likely that the Integra will replace the ILX compact sedan when it launches in 2022 as a 2023 model, and it will use the same platform as the latest-generation Honda Civic. As the popularity of sedans continues to decline, however, it would make sense if the Integra arrived in either hatchback or in compact wagon form. 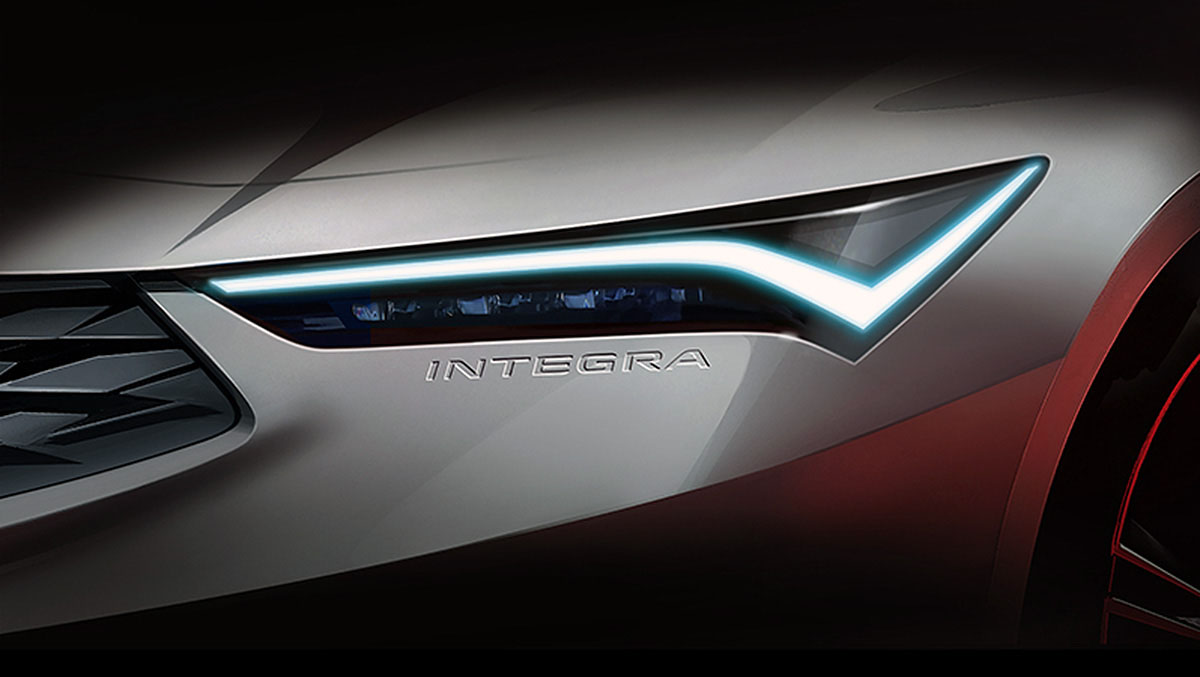 Acura has provided this one teaser image of what could be a revival of the Integra name.
What shape will the car take? PHOTO: ACURA

Lamborghini brings back the Countach name: