One of the best-known auto executives of all time has died, sending publications scrambling to their archives to recount Lee Iacocca’s greatest hits. He joined Ford in 1946 as an engineer before moving into sales and marketing. Among his greatest accomplishments was overseeing the development and launch of the Ford Mustang in 1964. After being fired by Henry Ford II in 1978, Iacocca became head of Chrysler Corporation, which he helped save from bankruptcy by arranging federal government loans. He subsequently oversaw the launch of the hugely successful Chrysler minivans in the fall of 1983, as well as the acquisition of American Motors — including the Jeep division — four years later. Iacocca was once again digging Chrysler out of red ink in the early 1990s with the then revolutionary “cab-forward” design for the new Dodge Intrepid and Chrysler Concord. Iacocca died at his home on July 2, at age 94. 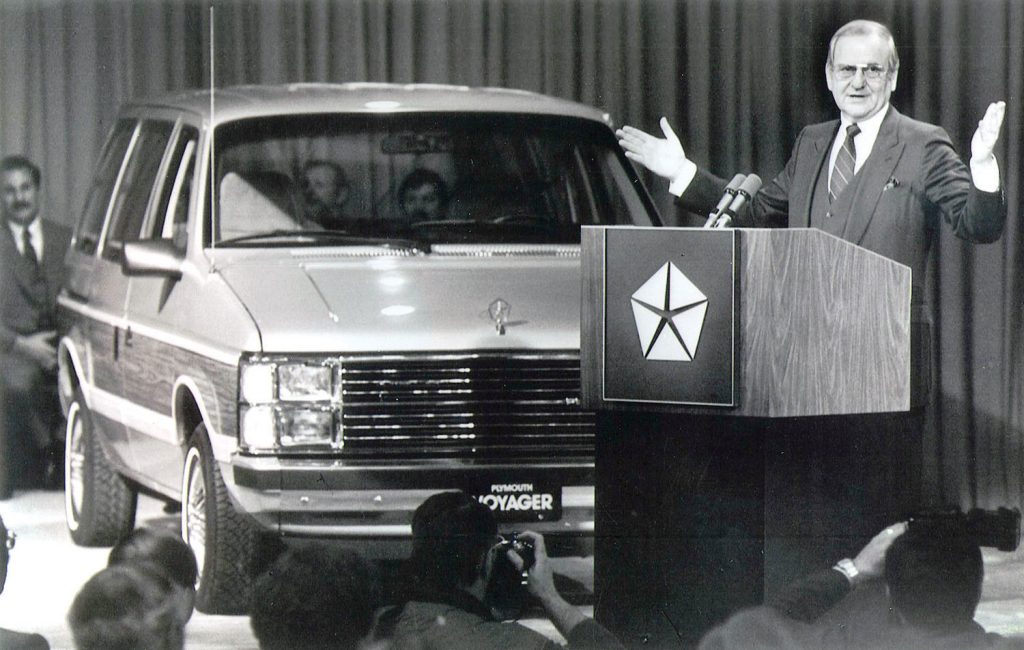 Lee Iacocca tells an audience in 1983 that the minivan will be to the 1980s what the Ford Mustang was in the 1960s.
PHOTO: CHRYSLER ARCHIVES

General Motors’ full-size utility models are going on a diet: