According to The Sleuth’s sources, the Korea-based automaker’s plans for an electric sedan should look something like the recently shown Prophecy concept, although not quite as radical. The car does seem to indicate that Hyundai will ensure that the Prophecy (or whatever name is selected) won’t mimic any gasoline or electric vehicle that wears the company’s logo. It’s also doubtful that the concept car’s pixelated headlights or tail lamps will make it to production. Nor will the twin pivoting joysticks that are employed in place of a traditional steering wheel. One novel idea that might show up is the cabin air filtration system whereby outside air enters through the bottom of the doors where it is filtered prior to entering the cabin. In its final form, the Prophecy likely won’t arrive here until 2022 or 2023, following the 2021 launch of the 2021 Hyundai 45 electric utility vehicle. 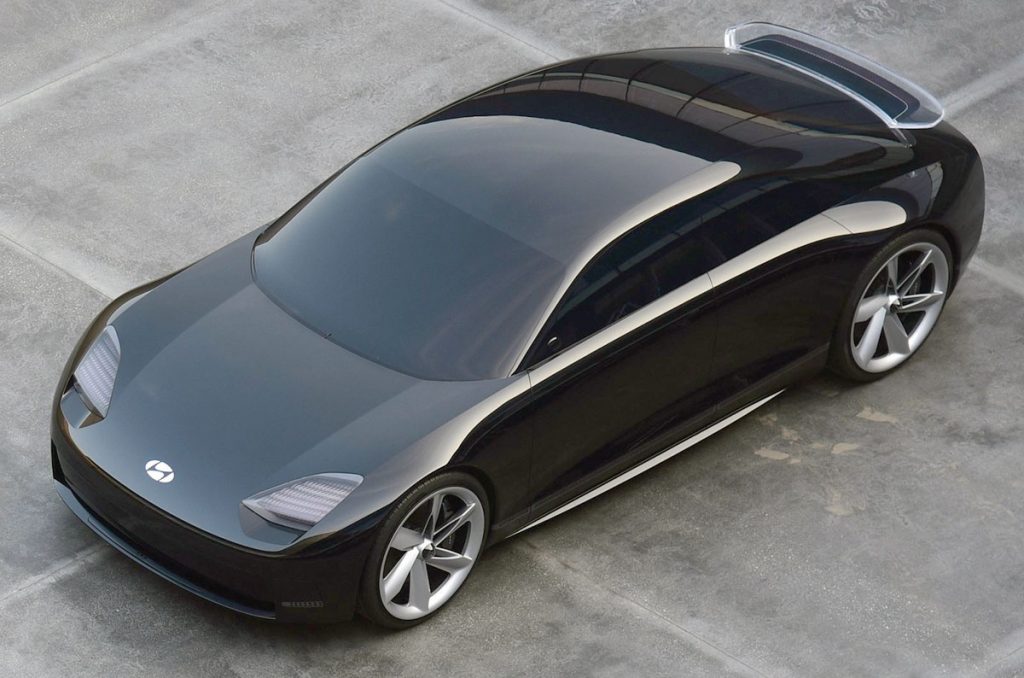 A new electric car from Hyundai won’t look like anything you’ve seen before, unless you’ve seen the Prophecy concept, that is. PHOTO: HYUNDAI