The Sleuth recently reported the impending return of the brand made famous for its deployment by the U.S. military. Now comes news that, following a 10-year absence, the Hummer name will be resurrected as a GMC electric truck (not a secret since the recent airing of a teaser commercial during the Super Bowl). Although only the Hummer’s grille was shown, the confirmed powertrain stats — 1,000 horsepower, up to 11,500 pound-feet of torque and zero-to-60-mph in seconds — will be tough to beat by competitors. That list, which seems to expand almost weekly, includes Chevrolet and Ford as well as startup automakers Rivian, Lordstown Motors, Karma Automotive and Bollinger Motors. Not to be left out, Tesla, recently unveiled the angular Cybertruck. Most of these manufacturers plan to roll out their respective electrified models within the next 12-18 months. The official unveiling of the Hummer electric pickup is in May. 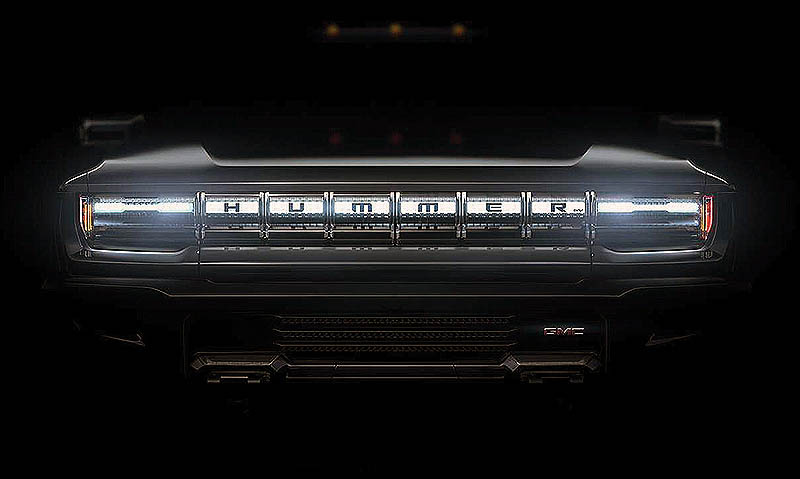 Fuel consumption and an image of gross excess killed the Hummer brand, so it’s ironic that its resurrection will be in the form of a GMC electric truck. It’s touted as having 1,000 horsepower. PHOTO: GENERAL MOTORS

Ford updates the GT with more power and the option of an exposed-carbon-fiber body: