The simple answer? As many as it wants, especially if the automaker in question is Chevrolet. The Spy Guy notes that the brand is launching a new compact-utility model that’s roughly the size of the Trax. Chevrolet is also reviving one of its retired nameplates (just as it did for the midsize Blazer for 2019). The new Trailblazer borrows some of the Blazer’s design cues (especially the grille), but goes its own way in the powertrain department. Base models will run with a turbocharged 1.2-liter three-cylinder engine, while a turbo 1.3-liter four-cylinder will be available. They’ll be linked to continuously variable transmissions, except the all-wheel-drive version of the 1.3, which gets a nine-speed automatic. Chevy says the Trailblazer arrives in spring with a $20,000 starting price. 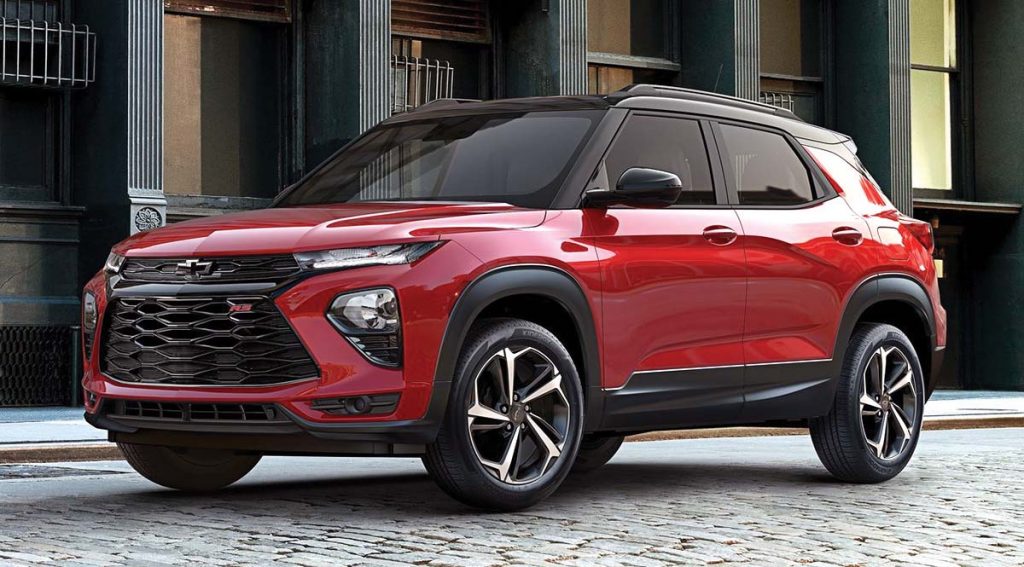 The new Chevrolet Trailblazer is about the same size as the current Trax, with a base turbocharged 1.2-liter three-cylinder engine. PHOTO: CHEVROLET